Can Stratocasters Be Used In Metal? A Detailed Analysis! 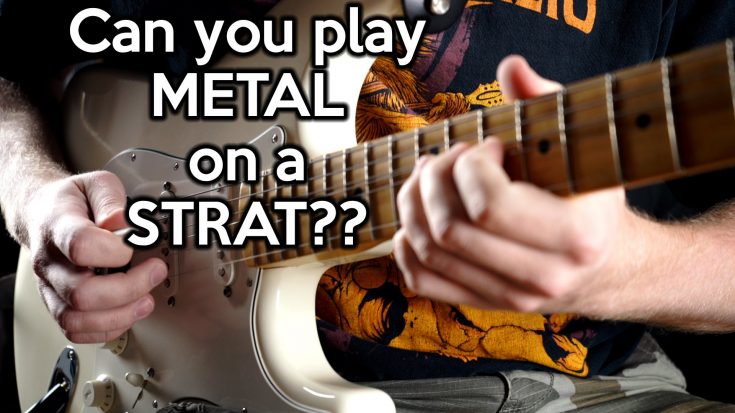 Call Him The Myth Buster Of Metal!

When thinking about metal instrumentation, especially in the realm of guitars, it’s not very often you’d think of Fender Stratocasters. Maybe the occasional Telecaster, but that’s about it. So it begs the question, can Stratocasters be used in metal? Well, it’d be hard to make an argument for either side through an article, so a video is probably is probably better suited to help you decide, and luckily, it’s not of some dude in his bedroom ungracefully switching between a Squier Stratocaster and a B.C. Rich Warlock, we have a professional with a studio and an arsenal of exceptional musicians and high quality guitars!

What you’re about to watch is a gentleman by the name of Glenn Fricker give a detailed analysis and extensive demonstration of a Fender Stratocaster being used in a ‘Metal Mix’. The verdict if yours to decide.

So what IS your verdict? Can a Stratocaster be used in metal? It’s certainly easier to decide when demonstrated through the context of a professional studio with an ACTUAL engineer! So you decide! Watch and see for yourself!