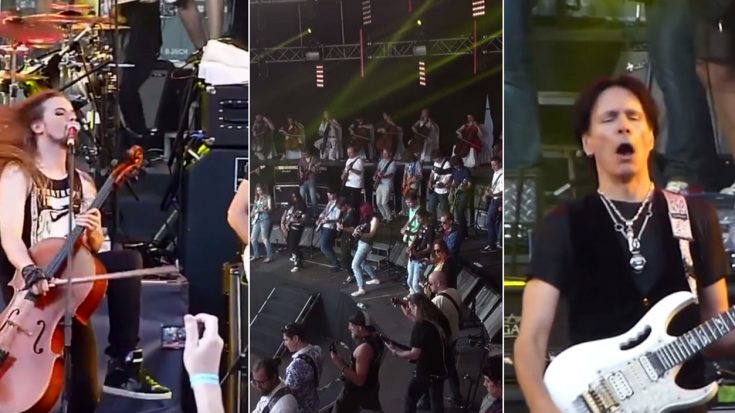 A Rather Large Ensemble, But Totally Worth The Effort!

If you’re gonna go all out, then you had better GO ALL OUT! That’s Steve Vai‘s philosophy when it comes to covering Kashmir by Led Zeppelin. Now, it’s no surprise that Steve Vai‘s an innovator and likes to break new ground when it comes to performing music, but this particular example HAS to take the cake. Steve Vai has done it again!

What you’re about to watch is Steve Vai assemble 30 cellists and 50 guitarists to perform a unique rendition of the timeless classic that is known as Kashmir by Led Zeppelin!

What do you think of this version of Kashmir? Does it surpass the original? Was that a blasphemy type question? Either way, it certainly holds up. just imagine what it would’ve been like to see it live and in person! Imagine the granger of the entire performance, and trust me, if you want granger, you can get it in the form of either Steve Vai or Kashmir. Mix both, and you have a recipe for success! Here’s the proof!