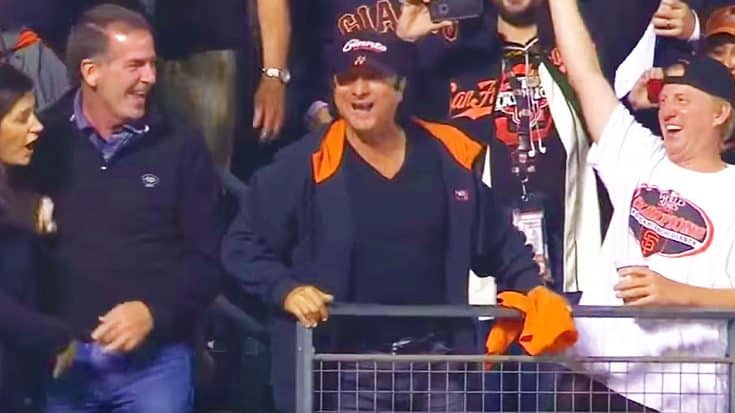 He rallied them to victory!

Well, it’s that time of year again! Baseball is back in season, which means summer days at the ballparks! Everyone loves a nice day at the ballpark, complete with beers, ballpark food and a great game. Not only that, ballparks always have great sing-alongs of some of your favorite classic rock tunes!

In celebration of the new season, let’s take a look back at one of our favorite ballpark classic rock sing-along moments, which took place during the 2014 NLCS between the San Francisco Giants and St. Louis Cardinals. Journey lead singer Steve Perry was spotted in the crowd at AT&T Park while his song “Don’t Stop Believin'” was blaring over the stadium speakers.

Fun Fact: “Strangers waiting, up and down the Boulevard” references the Sunset Boulevard in Hollywood.

The camera caught Steve singing along, and when he noticed he was on the jumbotron he didn’t miss a beat! He immediately began running through the crowd and psyching them up! He got down to the rail where everyone could see him, and led the crowd in an amazing sing-along!

It’s a pretty awesome clip, that you won’t want to miss! Check it out!