Camera Catches High Schoolers’ Performance Of ‘No Quarter’ That You Have To See! 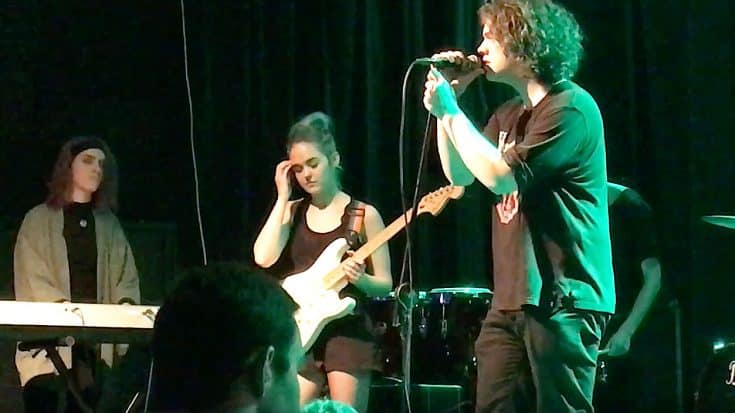 Have We Just Found The Next Led Zeppelin!?!

Led Zeppelin undoubtably have some of the most complicated songs to cover, ever. Not just because they’re more often than not incredibly complex, but also because Led Zeppelin have one of the most distinctive sounds in the history of rock music. That goes for a lot of bands, but Led Zeppelin probably the most.

After all, you know how rock fans can get. When was the last time you’ve ever heard a cover of a Led Zeppelin song that was universally beloved or didn’t have at least one person complain to no end that the band didn’t “capture” Led Zeppelin’s sound?

It’s impossible to truly embody Led Zeppelin’s sounds, so all musicians can do is apply their own sound to the song, which is a good thing. Case in point is the performance you’re about to see.

What you’re about to watch is a video in which a group of high school musicians (possibly younger) take to the stage to perform a cover of Led Zeppelin’s hit song No Quarter.

“It takes such confidence to be able to get really quiet and loose for such a long time. [Led] Zeppelin completely changed how we look at what popular music can be.” – Record producer Rick Rubin on the song’s structure.

As I said before, no one could ever REALLY capture the iconic sound of Led Zeppelin, but the unique twist these kids put on this song would make Led Zeppelin proud! Don’t believe me? See for yourself!