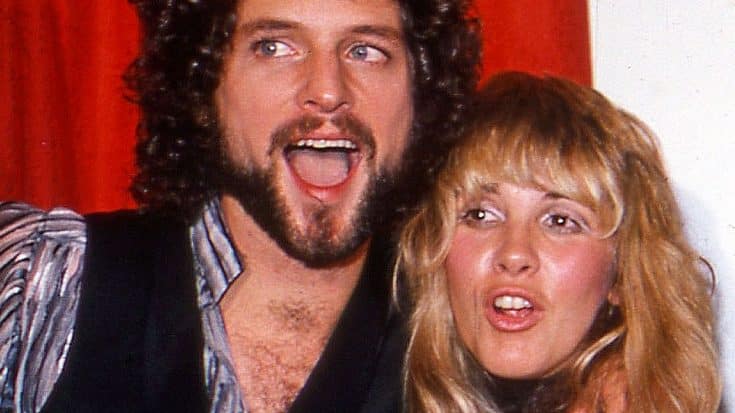 What Is A Dream Worth To You?

Stevie Nicks is pretty much one of the most fearless, quintessentially badass women in rock, having slugged it out for years before stumbling into Fleetwood Mac with then lover Lindsey Buckingham at the age of 27. Never afraid to get her hands dirty, Stevie did it all; waitressing and cleaning houses by day before staggering in late at night for another round of marathon songwriting while Lindsey spent the entire day crafting songs, it was Stevie’s determination that eventually saw the pair embark on the adventure of a lifetime – but none of the blood, sweat, and tears were for her own sake.

That’s right – Stevie nearly gave up on her own dream of making it as a singer-songwriter in favor of seeing Lindsey achieve his, banking on the fact that if they ultimately failed and had to return home it was Stevie that had a fighting chance, whereas all Lindsey knew how to do was sing, write, and play guitar. If one of them was going to make it, it was going to be Lindsey and Stevie, wildly in love and secure beyond belief in his talent and potential, was willing to do anything to make it happen.

“It was more important for Lindsey than it was that I make it.  Because I knew I could do a hundred other things and nobody could ever take my music away from me. I would be fine.  I worried about him,  I didn’t know what he would do.

And because I was so in love with him there wasn’t any question in my mind that I would I stick in there until if we didn’t both make it, at least I got him up there.”

Love, they say, isn’t just doing anything for someone else; it’s being willing to lay down on the funeral pyre and offer yourself up in sacrifice if it means that the person you love will have a better tomorrow. 20-something Stevie Nicks knew this and knew it intimately, days of hearing Lindsey consider the very real possibility that Buckingham-Nicks would never make it and seeing the crestfallen look on his face all the incentive she needed to offer up her own aspirations as sacrifice.

Thankfully, the door leading to Fleetwood Mac opened and we’ll never have to know a world in which Stevie is still a waitress or a cleaning lady and not a rock icon – but the fact that she was willing to lose everything to see someone else shine speaks volumes as to her character, and there’s no one we’d rather have in our corner!