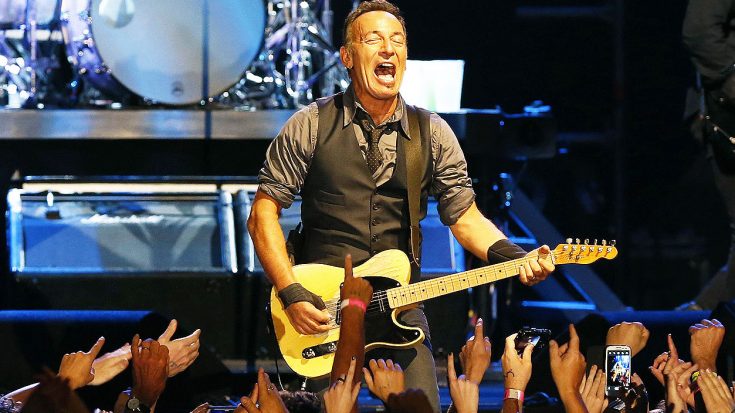 Everyone had the urge to ditch class every now and then! It’s part of growing up. Cutting class to hang out with your friends, it’s the best way to spend the day! For this 5th grader, this is a ditch day he will never forget, except it’s also a ditch day he’ll forever be excused for. Philadelphia 10-year old Michael Fenerty was excused by “The Boss” himself, Bruce Springsteen, for missing school to attend his book signing with his father!

Michael and his father went to Springsteen’s signing and decided to type up a letter to try to excuse his absence! They typed up the letter, brought it to the signing, and had Bruce autograph it so that the absence would be excused! Bruce laughed at the idea, and without question, signed the note and took a picture with Michael.

Michael gave the copy of the letter to the principle, who laughed but insisted she would need the hard-copy of the letter for the absence to be considered excused. What a great father-son moment! Michael’s dad claims to have been to over 160 Springsteen shows over the course of his life, and has raised his son on Springsteen’s music! This is definitely a moment they will cherish together forever, and it’s totally worth ditching one day of school for!

Check out a copy of the note down below, and the picture Bruce took with Michael!