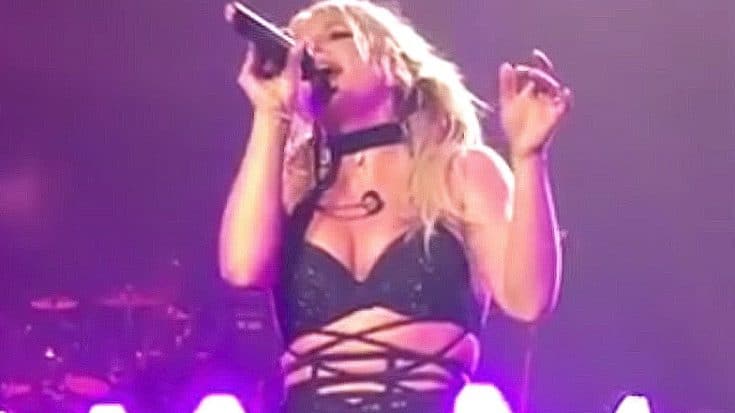 At 35, Britney Spears knows exactly what Bonnie Raitt was getting at in her 1991 hit “Something to Talk About”; with over 25 years’ worth of experience in the spotlight dating back to appearances on Star Search and a 4-year stint on The Mickey Mouse Club before becoming the reigning queen of all things pop toward the turn of the century, Britney’s pretty well accustomed to having her personal life dissected with near surgical precision – so why not turn the tables and at least make the conversation interesting?

That’s exactly what happened last weekend when her Vegas show, Britney: Piece of Me, saw Spears deviate from her usual setlist for a cover of Bonnie Raitt’s “Something to Talk About” from her 1991 album, Luck of the Draw; intended as a message to the media and critics who make a habit of slamming her vocal abilities, Spears’ cover is unique in that it showcases her natural voice – shooting down decades long lip-syncing accusations that have dogged her from the start.

“One minute they tear you down, and that’s really horrible, and the next minute you’re on top of the world, but I’ve never really spoke about it. I’m a Southern girl, I’m from Louisiana. I’m from the South, and I like to keep it real, so I just want to make sure I keep giving you motherf—— something to talk about,” Spears quips at 0:39

Additionally, it gives some insight into how difficult it actually is to work a stage for upwards of 90 minutes, singing and dancing until a ballad or instrumental break allows for an entertainer of Britney’s caliber to be relatively still and focus on one or the other. It’s unknown whether or not she’ll keep working “Something to Talk About” into the remainder of her 250 show run at Las Vegas’ Planet Hollywood Resort & Casino, but one thing’s for sure: with the way people are still buzzing about it days later, it’s pretty safe to say that it’s a serious crowd favorite!