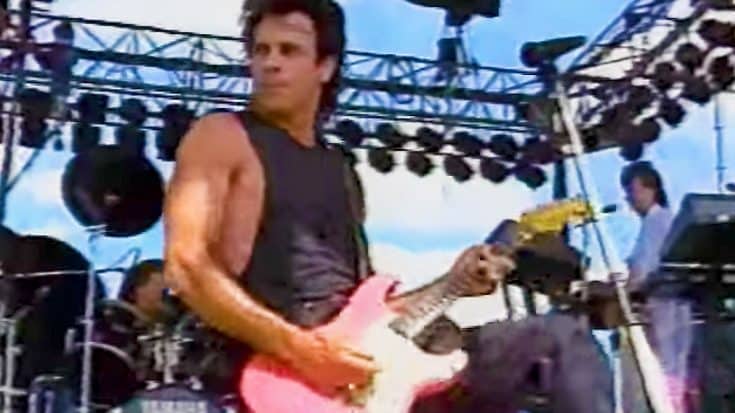 Rick Springfield’s “Jessie’s Girl” is an all-time 80’s rock classic! It has one of the best riffs ever, and is one of those songs that every music fan will unapologetically rock out to on any given basis!

1985 marked the birth of the now annual Rock am Ring festival in Germany. Although the festival had some struggles getting off the ground in the early years, it has now become a rock and roll staple, and is one of the best festivals of the year. The inaugural year saw Rick Springfield take the stage for a memorable performance in front of 75,000 people! Rick performed a set that included his all-time classic “Jessie’s Girl,” and when this song started playing the crowd went insane! They began singing along, dancing, and even Rick joined in on the fun by messing around with his guitarist!

Check out the awesome performance down below and let us know what you think!