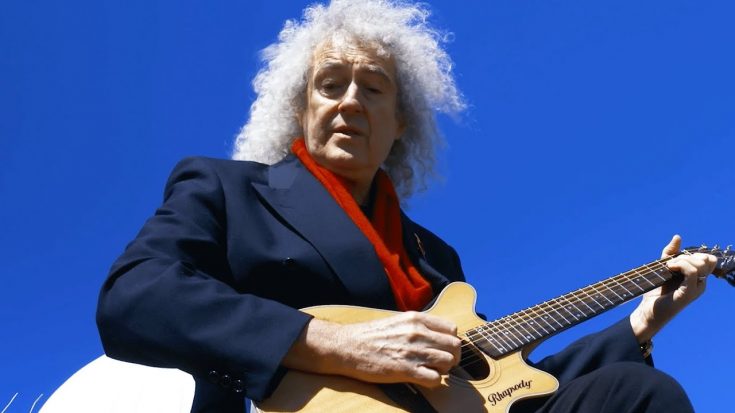 The rock icon who is considered to be the Father of Rock, Jerry Lee Lewis, passed away last October 28. At the age of 87, he made his seventy-three years of career a successful one. Following his death, many co-artists have paid their tributes to the late legend, one of them being Queen’s Brian May.

May recently shared an Instagram post, which shows archive videos of the two of them, performing together. In the post, he also shared his emotions through the caption, which reads:

“Gutted to hear this Rock and Roll hero has left us,” wrote the guitarist, paying his tributes to the rock legend Jerry Jay Lewis. “A founding father of Rock music, he epitomized the gritty side of this emerging genre, a scary and anarchic figure to the older generation – our Mums and Dads. To the kids, his dangerous aura and blunt energy was a tonic – an inspiration.”

May also recalled the time he had the chance to play with him, saying:

“I got to play with him just once, at Hammersmith Odeon as it was then, in 1989. Thanks to ‘I Swear Shes Vintage’ for these clips. Here you can see us all nervously watching Jerry’s every move – eager to give our best, yet concerned not to piss him off! Everybody got strict instructions before the show – Nobody trespasses in front of the piano! I think in my enthusiasm, I did. Swipe! He gave me a kind of wry conspiratorial smile. Like ‘Hell! Go for it, buddy!’ What a thrill. A moment I’ll treasure forever. RIP Jerry Lee Lewis. Rock on. Bri.”

Lee Lewis, also known as ‘The Killer’ passed away at his home in Mississippi. Although the exact cause of death is unknown, rumors say that the musician had been fighting many different diseases for a long time.