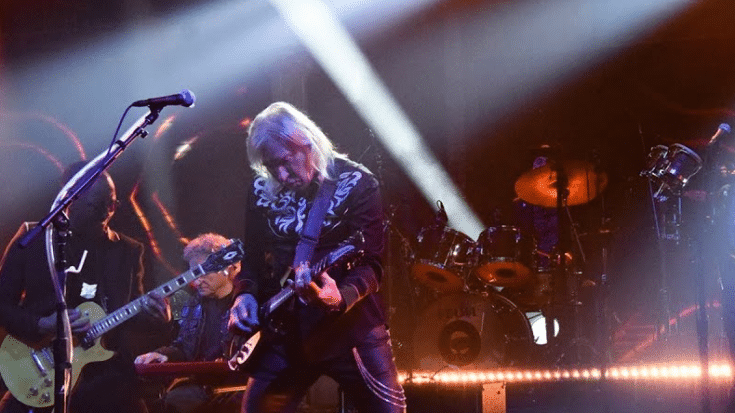 The American singer Joe Walsh, who is set to conduct his annual VetsAid concert in November, has recently guested in The Late Night Show with Stephen Colbert.

Walsh performed “Rocky Mountain Way” alongside Joe Vitale, Louis Cato, and the show’s very own, The late show band. After their performance, they received cheers and were applauded by the crowd in the hall. Stephen said:

“Joe Walsh everybody! If you want to help with VetsAid, go to vetsaid.org. That’s it for The Late Show.”

The 2022 VetsAid concert will feature the “final performance” of his newly reunited James Gang. Taking place at the Nationwide Arena in Columbus, Ohio, the concert will stream on Veeps on Nov. 13 at 6 p.m. EST.

The lineup for the sixth annual VetsAid includes artists with direct ties to Ohio, where Walsh grew up and lived his childhood years. It will also feature Dave Grohl, Nine Inch Nails, the Black Keys, and the Breeders. Cleveland native Drew Carey will host the concert and proceeds will directly benefit veterans’ services.

The live stream is already available to purchase for $19.99, and buyers can re-watch for 48 hours after the event begins. Fans can also donate, earning their chance to win the trip, at the Fandiem website.

Watch his performance in the video below.