Brian Johnson Once Asked Chuck Berry For An Autograph, & The Story Behind It Is The Funniest Thing Ever! 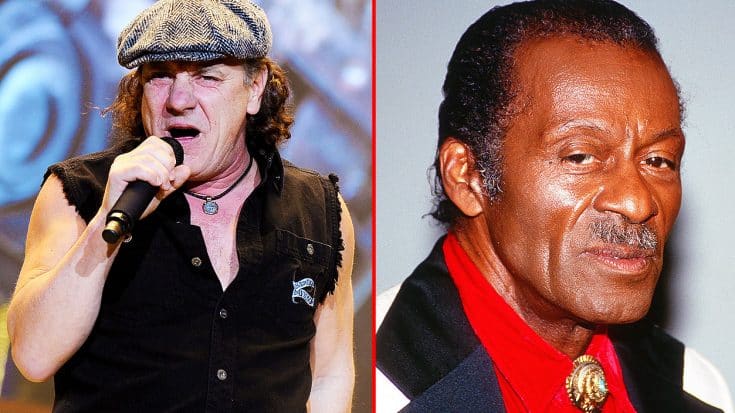 Well that didn’t end the way we expected….

When you think of some of the most iconic voices in rock n’ roll history, AC/DC frontman Brian Johnson always comes to mind. Even though he wasn’t the original lead singer of the band, he has helped carry on the band’s legacy and recorded one of the best rock albums of all time Back In Black.

Back in the day, Brian was filmed giving autographs to some of his lifelong fans. He was being very nice to everyone, and made himself available to sign pretty much anything people wanted. While he was signing stuff, the paparazzo filming him asked him if he had ever asked anyone for an autograph. Brian thought about it for a second, and said, “Yeah, I asked Chuck Berry for an autograph once.” The paparazzi then asked him what Mr. Berry was like, and Brian responded in the most blunt way possible, by straight-up stating: “He was the biggest piece of s*** I’ve ever met in my life.” DAMN! Those are some harsh words! He then proceeded to explain why, and then explained why he is so nice to his fans.

It’s a funny clip, and you should check i9t out down below!