In An Interview, Dave Grohl Gets The Surprise Of A Lifetime – His Reaction Is Priceless! 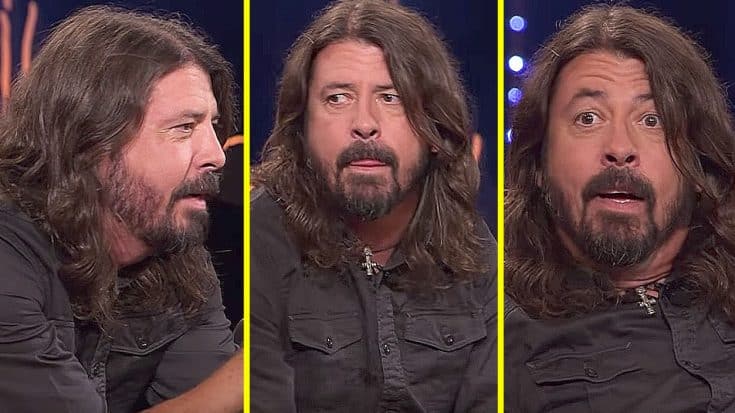 Reunited And It Feels So Good!

Two years ago in Gothenburg, Sweden, Foo Fighters were playing in front of a crowd of thousands of people when frontman Dave Grohl fell off the stage breaking his leg. What’s amazing about this though is that he came back after receiving some medical attention and finished the show!

That’s just a brief history and some context to the video you’re about to see. The aforementioned Dave Grohl and Foo Fighters drummer Taylor Hawkins were recently featured on Skavlan, a Norwegian-Swedish talk show.

Fun fact: After that concert, Dave Grohl performed the remainder of his concerts on a ‘throne’ until his leg was healed. Once Axl Rose of Guns N’ Roses injured himself, he used the exact same throne!

In this particular interview, the band members discussed the incident in detail. Dave Grohl gives an exact recanting of exactly what happened on that fateful concert, but in the middle of that… he gets the surprise of his lifetime from someone who helped through it all!