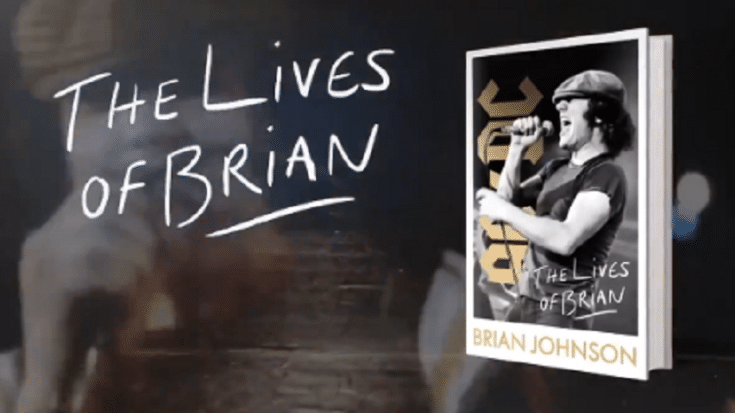 AC/DC frontman Brian Johnson is currently prepping a new autobiography titled “The Lives of Brian” which will be published on October 26 by Penguin Books Ltd. Subtitled “AC/DC, Me and the Making of Back in Black”, the memoir covers his early life and career – as a child growing up in a small town, joining his first band, replacing AC/DC’s late lead singer Bon Scott, and making the band’s 1980 tour de force “Back in Black” – Johnson’s first album with them.

He said in a statement, “I’ve had some long nights and some great nights, some bad days and a lot of good days, and during that time I’ve gone from choirboy to rock & roll singer, and now I’ve gone and written a bloody book about it.”

The synopsis reads, “It’s been a rollercoaster of a life, throughout which Brian’s kept his feet firmly on the ground, never losing touch with his roots. Warm, vivid, evocative, life-affirming and often laugh-out-loud funny, The Lives of Brian tells the story of one of our most well-loved performers in his own inimitable voice.”

He previously released his first book “Rockers and Rollers: A Full-Throttle Memoir” which was mostly about his love for cars and motorsports.

I’ve had some long nights and some great nights, bad days and a lot of good ones. I’ve gone from choirboy to rock 'n' roll singer, and now I’ve gone and written a bloody book about it… The Lives of Brian is coming October 26th: https://t.co/39bW2wkR1h pic.twitter.com/aOlxfQYTa6