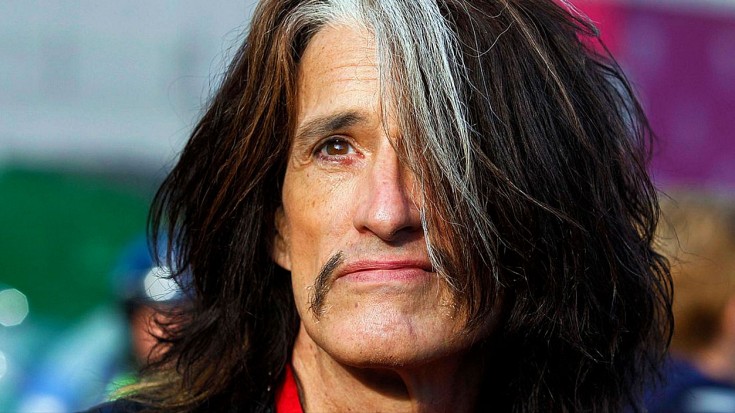 Last night, rock fans came terrifyingly close to saying goodbye to another one of our legends when Aerosmith’s Joe Perry collapsed onstage during a Hollywood Vampires show in Coney Island after going into cardiac arrest. The 65-year-old guitarist hit the stage and within moments of the first song was forced to sit down on a drum riser, noticeably having difficulty playing his guitar before staggering offstage and into the care of EMT’s who rushed him to a local hospital in critical condition. The Hollywood Vampires, known for featuring Alice Cooper, Matt Sorum, and actor Johnny Depp, continued last night’s show with Cooper telling the crowd, “‘If you notice one of our brothers is not onstage with us, he was very sick before the show.”

Thankfully, Joe’s condition is now stable and the guitarist is resting comfortably in a New York hospital. His Hollywood Vampires bandmates were the first to break the news of Joe’s condition via the band’s official Twitter account:

Joe Perry is stable and resting. His brother Vampires and fans wish him a speedy recovery.

Pretty terrifying stuff! In a year where we’ve lost entirely too many of our idols – be it through death, illness, or retirement – we’re forced to hold on to our legends more tightly than ever, and Joe Perry’s health scare last night definitely left several of us with our hearts in our throats and infinitely glad that he’s okay. Our prayers are with him during this scary time, and we wish Joe a speedy recovery back to full health!