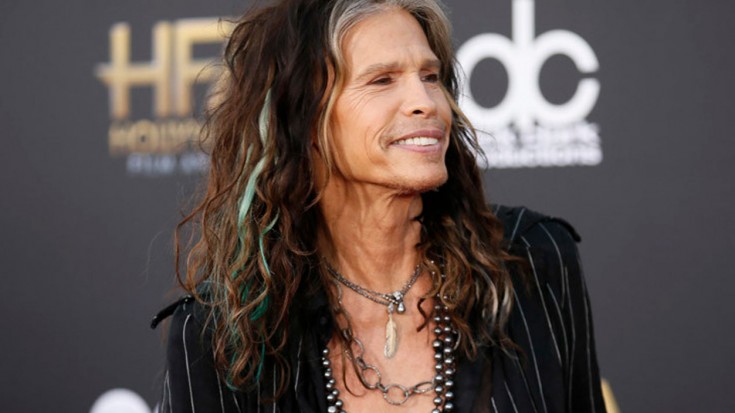 It’s been a whirlwind week for Aerosmith frontman Steven Tyler! Earlier this week he revealed plans for an Aerosmith farewell tour, slated to take place sometime in early 2017 and today he’s released the third track from his upcoming solo album! Titled “We’re All Somebody From Somewhere,” Steven’s latest offering to the country world is the official title track to his solo album due out in just a matter of weeks and comes months after the release of “Red White And You” and more than a year after he debuted “Love Is Your Name,” thrilling fans who’ve been waiting anxiously for this next chapter in a music career that spans nearly 5 decades.

W/ A SINGLE POST I’M LETTIN EVERYBODY EVERYWHERE KNOW ‘WE’RE ALL SOMEBODY FROM SOMEWHERE’
>>>https://t.co/forw40ihqq pic.twitter.com/clei93dx3p

Where his other two singles were more modern country and bluegrass driven with just enough grit to satisfy rock fans, “We’re All Somebody From Somewhere” is an upbeat, funky tune that we’ll admit sounds much more like something we’d hear from Aerosmith rather than a country artist, but that’s what we love about it; never one to play by the rules, Steven’s on a mission to shake up the country world with his years of experience in rock music, so we’re not surprised to hear an Aerosmith driven influence in this new song. We’re only a few weeks away from Steven’s official debut into the country music world, and like the man himself, we couldn’t be more excited.

Get a taste of “We’re All Somebody From Somewhere” with this performance from this morning’s episode of The Today Show!