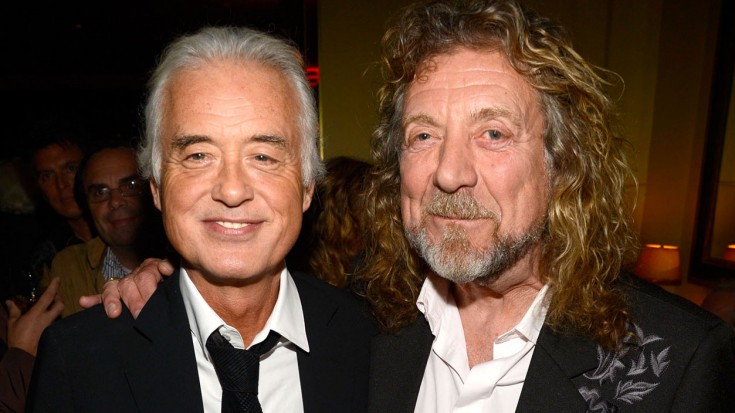 Verdict Came After A Day Of Deliberation

After what’s been described as a “colorful, contentious battle,” it’s official: after a week of testimony from Led Zeppelin, representatives for the estate of Spirit guitarist Randy California and expert witnesses, a California jury decided today that Led Zeppelin did not plagiarize the music to their 1971 epic “Stairway To Heaven,” making them the clear winners in one of the most talked about copyright infringement trials in music history. Jurors determined this morning after a day of deliberation that lawyers for Randy California’s estate failed to provide sufficient proof that Led Zeppelin did, in fact rip “Stairway To Heaven” from Spirit’s 1968 song “Taurus,” citing that the only similarity shared by the two songs is a minor chord progression that dates back more than 300 years.

Shortly after the verdict was read, Led Zeppelin’s Robert Plant and Jimmy Page issued a joint statement, thanking fans for their support and the jury for “putting to rest” questions about one of Led Zeppelin’s most celebrated songs:

“We are grateful for the jury’s conscientious service and pleased that it has ruled in our favor, putting to rest questions about the origins of ‘Stairway to Heaven’ and confirming what we have known for 45 years,” read Page and Plant’s statement.

“We appreciate our fans’ support and look forward to putting this legal matter behind us.”

According to Bloomberg and reports from Rolling Stone, if the estate for Randy California had won the trial, they would have been entitled to a share of “Stairway to Heaven” revenue for only the three years before the lawsuit was filed, due to copyright law and would also have been entitled to royalties going forward.

What a relief! In honor of Led Zeppelin’s amazing win today, make sure to crank up “Stairway To Heaven” as loud as it’ll go – it’s a monumental day in classic rock history and we can’t think of a better way to celebrate than with one of the greatest songs ever written. Congratulations, Robert, Jimmy, John and Bonzo!