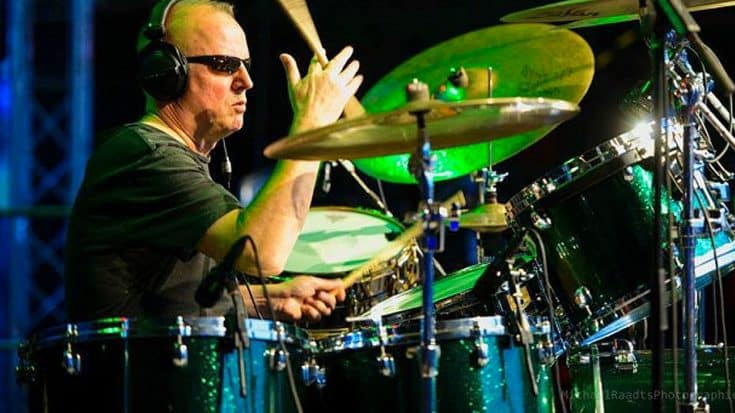 It’s a sad day in the rock world as we say goodbye to famed rock drummer Jimmy Copley, who died on Saturday, May 13th at 63 years of age following a hard fought battle with leukemia. A highly respected session musician known for his work with the likes of Tony Iommi, Paul Rodgers, Jeff Beck as well as his stints in Tears For Fears, The Pretenders, and Manfred Mann’s Earth Band, Copley was diagnosed with leukemia in 2015 and after relapsing following a bone marrow transplant, the 63-year-old drummer decided to discontinue chemotherapy.

It was in 2008 when he released his first solo album Slap My Hand.

The news was confirmed this weekend by Copley’s former M3 bandmate Tony Martin, who took to Facebook on May 13th to issue a  heartbroken statement about his friend’s passing:

Our hearts go out to all who loved, respected, and enjoyed Jimmy Copley’s drumming and friendship, and we thank Jimmy himself for dedicating his life to sharing his talent with us.