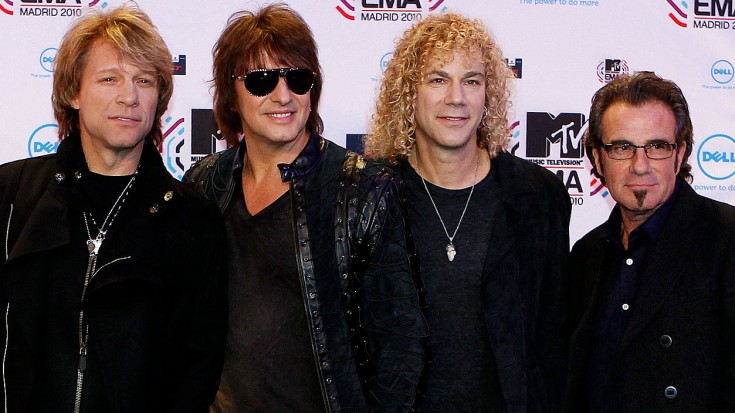 New Album On The Horizon For Bon Jovi

It’s a happy new year indeed for fans of Bon Jovi! Just this morning, the band announced plans for a March release of their 14th studio album – and the first proper album without former guitarist Richie Sambora – titled, This House Is Not For Sale. Now – Bon Jovi fans may remember the summer 2015 release of Burning Bridges, an amalgam of mostly older songs including a Sambora co-write — released in order to fulfill their contractual obligations to long-term label Mercury Records.

However, Bon Jovi promise that This House Is Not For Sale is an album of all brand new material, with singer Jon Bon Jovi saying that the group’s most recent recordings found them “really going back to the beginning” – so far back to the beginning, in fact, that they even went back to the original site of the band’s 1984 debut album Runaway.

“We were recording at different times and different rooms in the studio. That’s not happening anymore,” said Bon Jovi. “We went back to the place where we cut ‘Runaway’ in 1982 – where I used to sweep the floor and fetch coffee.”

If there’s one key theme in This House Is Not For Sale, it’s integrity. After a career that’s spanned 3 decades and yielded countless #1 hits, it’s pretty safe to say that the guys in Bon Jovi have seen it all and done it all; but it’s their broad viewpoint of the world that’s allowed them to evolve and grow as artists, putting forth an album that’s incredibly honest and an incredibly clear portrait of the band as they are now – one of the hardest working bands in rock and as Jon Bon Jovi puts it, “with nothing left to prove.”

We can’t wait to check out the new album – welcome back, Bon Jovi!