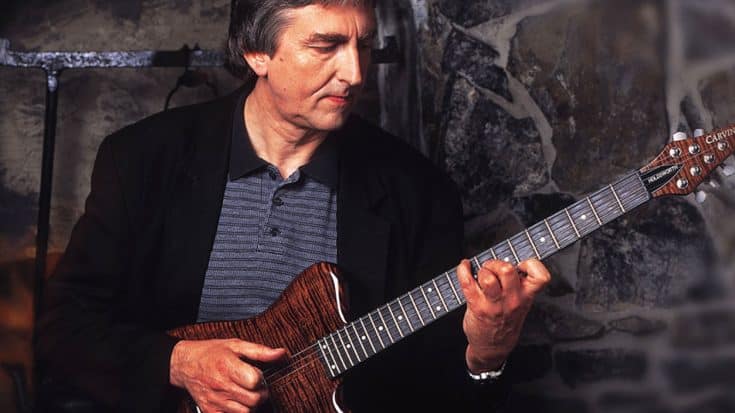 “The Best” According To Eddie Van Halen

Today, the world is reeling following the sudden death of progressive rock and jazz fusion guitar legend Allan Holdsworth, who passed away yesterday at the age of 70 from unknown causes. With his first appearance on an album dating back 1969 with a band called ‘Igginbottom, Holdsworth’s resume is one that can only be described as fiercely impressive as the late legend boasted stints in Soft Machine, the New Tony Williams Lifetime, Pierre Moerlen’s Gong, Bruford and U.K. before ultimately branching out on his own as a solo artist with 1982’s I.O.U., defining his work over the next 15 years with his unforgettable experimentation with the SynthAxe.

Remembered by Eddie Van Halen as “the best, in my book” while Toto’s Steve Lukather hails him as having “changed the game” for guitarists all over the world, to Allan’s family he was simply ‘Dad’ and ‘Grandpa’; daughter Louise took to social media yesterday to break the news of her father’s passing with a lengthy, heartbreaking statement:

As Allan’s death comes at a difficult financial time for the Holdsworth family, a GoFundMe has been started in his honor; in lieu of flowers, please consider donating what you can to help the wonderful family of musical legend Allan Holdsworth with his funeral expenses in this most difficult time.

Our hearts go out to Allan’s loved ones and fans around the world, and we thank Allan for devoting his life to sharing his passion with us.