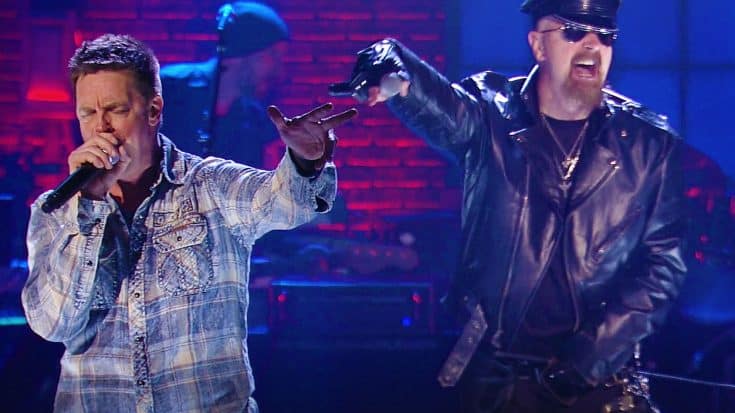 The cool thing about comedian Jim Breuer isn’t just that he’s hilarious, he’s a huge fan of rock music – specifically 80s speed metal – and isn’t afraid to geek out about it every chance he gets. From his iconic “Hokey Pokey” done in the style of AC/DC’s Brian Johnson to his very own album of 70s and 80s rock inspired tunes, Jim never ceases to crack us up with his over the top takes on some of rock’s biggest heroes.

Last week saw the former Saturday Night Live cast member hit the stage for Comedy Central’s The Comedy Jam – a weekly special that finds comedians meshing their love for comedy with their dreams of rock and roll greatness as they live out their fantasies with The Comedy Jam Band, The Comedy Jam welcomed Judas Priest’s Rob Halford who to the delight of the audience, teamed up with Breuer for a high octane performance of the band’s 1982 Screaming For Vengeance classic “You Got Another Thing Coming”.

A 6 minute blend of brutal force with a boyhood dream finally come true, Jim and Rob’s performance of “You Got Another Thing Coming” is one we’re sure you’ll want to watch over and over again – give it a few spins and as always, enjoy!