Bonnie Raitt, Paul Simon, And Many Others Are Joining Forces To Help Hurricane Victims In The Best Possible Way 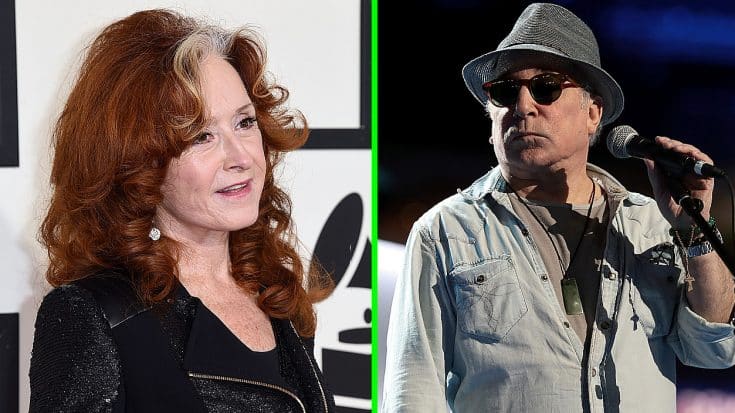 If you’ve been paying any attention to the news as of late, then you’ll surely know about the devastating circumstances that Houston, Texas is currently enduring as a result of Hurricane Harvey. From day 1 of this hurricane, citizens and celebrities alike have been donating and raising awareness in an effort to help victims of said hurricane, and now, that effort is about to keep forward in amazing fashion.

A slew of music legends are teaming up for an event which will be called the Harvey Can’t Mess With Texas Benefit Concert. The concert will be held at the Frank Erwin Center in Austin on September 22nd.

This stacked lineup includes the likes of Bonnie Raitt, Paul Simon, Willie Nelson, Lyle Lovett, Leon Bridges, Edie Brickell and house band Asleep At The Wheel. This event will be broadcasted live on 11 different TV stations. It will also be streamed live on YouTube. You can also donate during the stream and according to Rolling Stone, donations up to $500,000 will be matched by Google.

If you ask me, I think that this is the best thing that these music legends could possibly do. It goes without saying the impact that they all have, so to see that they’ll be using it for good to help those in need after this devastating hurricane is just an amazing thing to see. Wouldn’t you agree?