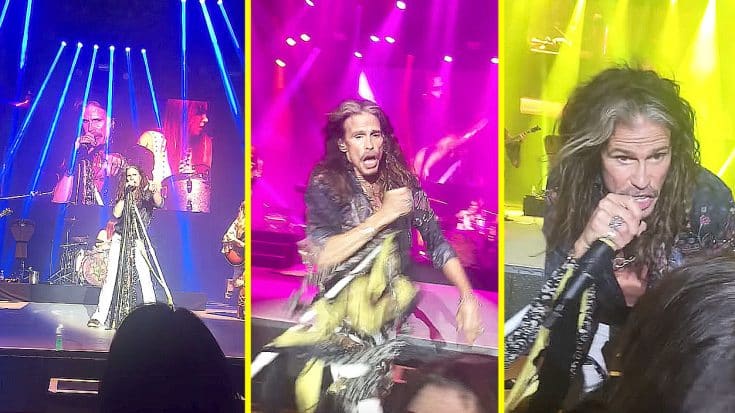 This Fan Gets The Ultimate Surprise!

Those who truly know Steven Tyler will tell you that he is not only one of the most iconic and influential singers of all time, but that he is simply one of the nicest and most generous human beings in the entire world.

Viral videos from all over the internet are testament to the fact that rain or shine, hell or high water, Steven Tyler will go out of his way to make a fans dream come true. Whether it’s an impromptu duet with a fan, or even just saying hi, Steven Tyler is the best to his fans. Here’s the proof!

What you’re about to watch is a video in which the aforementioned Steven Tyler and the Loving Mary Band are playing at the Washington State Fair. As soon as they start playing Living On The Edge, Steven sees a fan in the front row. It was at this moment that he knew just what to do…