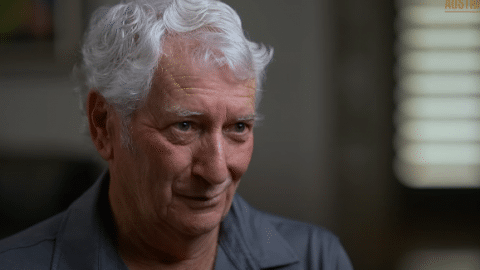 For the first time ever, Bon Scott‘s younger brother Derek talked about the late rocker’s passing on the recent episode of Australian Story on ABC News In-depth. Derek was introduced by Bon’s successor with AC/DC, Brian Johnson.

Bon Scott died on February 19, 1980, at age 33, after a night of partying in London. The official cause of death reported was acute alcohol poisoning. He was on the verge of fame and success as the lead singer of AC/DC when the tragic incident happened, and up to this day, he is still considered as one of the world’s best rock and roll pioneers.

Derek said about his brother:

“He did get bored very quickly. That was the biggest problem. When he got bored, he drank. He never worried about tomorrow. Tomorrow is another day.”

Scott’s former bandmate Bruce Howe, who shared a house with Bon for five years, also recalled some memories he had with the icon:

“It was a pattern. He was really, really steady until he got bored and he wasn’t working. That’s when he would start doing wild things. There was no future, there was only now, and he would take risks on his motorbike. He didn’t give a bugger about whether he lived or died the next day.”

Howe also said he witnessed a change in Scott when he last saw him near the end of 1979. He explained:

“He wasn’t bubbly and laughing,” Howe said. “His holy grail had always been to get to the top in the rock ‘n’ roll business. And maybe he’d come to the stage where he’s achieved his dream. He’d found his holy grail, but the holy grail just might have looked like an empty goblet.”

Derek Scott added about his brother: