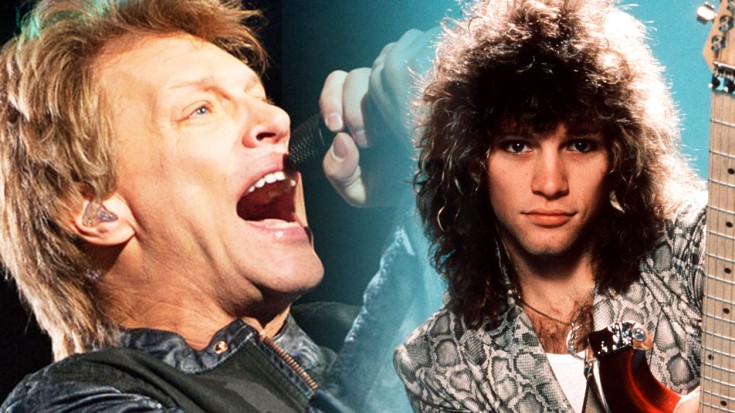 That Intro Is Epic!

When “Livin’ on a Prayer” was released on October 31, 1986; we all went nuts. It’s no surprise that it eventually became Bon Jovi’s signature song. There’s probably nobody on this planet who doesn’t know the lyrics to this. Man, all we need is to hear the intro to know what classic track this is.

Jon Bon Jovi did not like the original recording of this song, which can be found as a hidden track on 100,000,000 Bon Jovi Fans Can’t Be Wrong. Richie Sambora, however, convinced him the song was good, and they reworked it with a new bass line, different drum fills and the use of a talk box to include it on their upcoming album Slippery When Wet.

This song isn’t just GOOD. It’s insanely awesome! It’s one of those tunes that gets stuck in your head for days on end. And if you think it can’t get any better, just check out this live version of two of their most popular tracks. These rock stars never grow old!