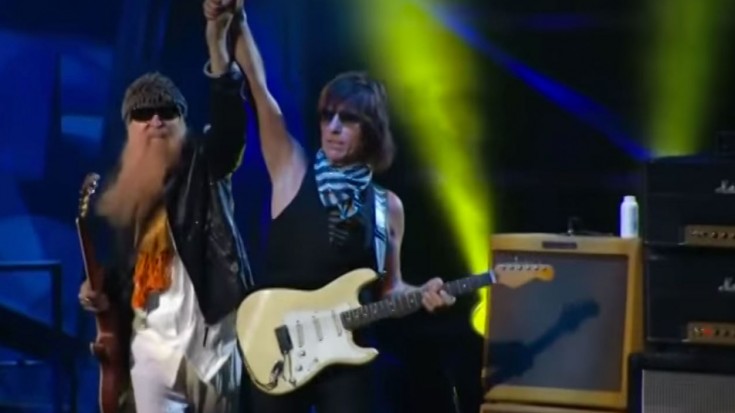 Nothing Short Of Sensational!

One of the things that set “Foxy Lady” apart from other Jimi Hendrix songs is the mere fact that he claimed this was the ONLY happy track he has ever written especially because according to him, he doesn’t really feel too gleeful when writing.

Music critic Thomas Ward points out “if one song could be said to encapsulate Hendrix’s entire oeuvre, ‘Foxey Lady’ is certainly closer than most.”

It’s become one of his most popular songs and so it’s just fitting to pay tribute to him by covering this well-loved track. Throughout his entire career, he has often performed this during concerts and so this version by The Jeff Beck Band along with Billy Gibbons is totally smashing. Love how they’re both bringing something new and refreshing to this Hendrix classic!