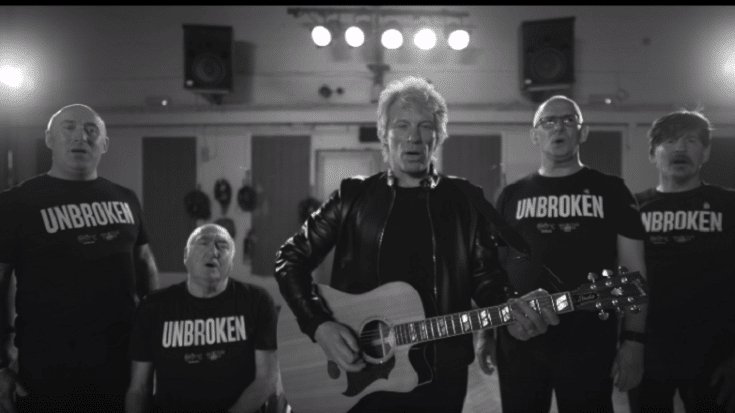 It was back in November when Bon Jovi first unveiled his new single titled “Unbroken” which Jon Bon Jovi said was “about soldiers returning from war and dealing with PTSD.” He also drew inspiration from his parents who are both veterans of the US Marine Corps.

For its latest version which they recorded at London’s Abbey Road Studios for over two days, JBJ enlisted the help of the Invictus Games Choir. Prince Harry also made an appearance since he’s a patron of the Invictus Games Foundation which holds multi-sport events and supports rehab and recovery of the injured military personnel . All proceeds from sales and streams of the reworked song will benefit the said foundation.

Prince Harry said, “With military people, there’s a way of being able to talk about the scars of war in a positive way. Some suffer from Post-Traumatic Stress, some of them suffer from depression, anxiety, but they are stronger for it. Those are the kind of ambassadors and role models that we need.”

JBJ added, “I thank you for what you’ve done to bring a light to that. It’s what you’re doing, really. I just got inspired to write a song from it. It’s touching, their desire to serve and what they gave, and what they get out of singing.”