Bon Jovi Go Back To Where It All Began With An Amazing Performance For New Track, “This House Is Not For Sale” 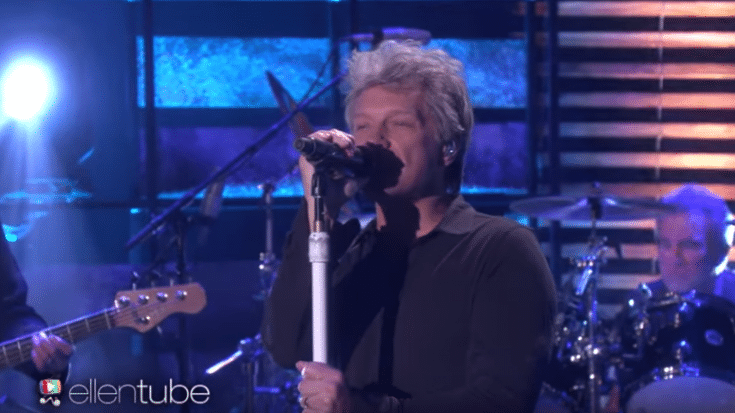 Bon Jovi fans, the wait is over! The New Jersey rockers came roaring back this morning with the release of “This House Is Not For Sale” off of their soon to be released 14th studio album This House Is Not For Sale, marking the occasion with a music video that features singer Jon Bon Jovi cruising around the old New Jersey neighborhood that built him.

The first Bon Jovi track to not feature former guitarist Richie Sambora, “This House Is Not For Sale” rocks as it features the talents of newcomer Phil X and with Bon Jovi veterans Jon, Tico Torres and David Bryan presenting a united front as they embark and this brand new and fiercely exciting chapter of their career together, choosing to go back to basics for this song and the rest of the album by opting out of slick recording studios in major cities across the world in favor of the nostalgia of cousin Tony Bongiovi’s Avatar Studios in New York.

“We went back to the place where we cut ‘Runaway’ in 1982 – where I used to sweep the floor and fetch coffee.” – Jon Bon Jovi

Despite the loss of guitarist Richie Sambora, Bon Jovi as a whole are as strong as they’ve ever been, looking infinitely happier and with a renewed passion for crafting hits to last a lifetime. If the rest of This House Is Not For Sale is as solid as its debut single, then I have a pretty good feeling that we could be looking at one of the best rock albums of 2016!