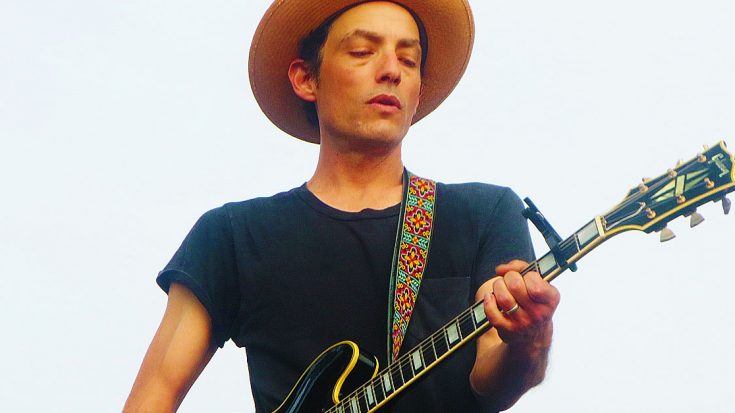 One of the things we love about rock legends is seeing their children grow up and follow in their famous parents’ footsteps. In the case of legendary singer-songwriter Bob Dylan’s youngest son Jakob, he’s more than followed his famous dad’s footsteps – he’s forged his own musical legacy, snagging two Grammy Awards as the frontman of The Wallflowers for the band’s 1998 smash hit “One Headlight” and releasing 6 successful studio albums between 1989 and 2012.

The same year that saw The Wallflowers take home their first Grammys also saw the band pay tribute to late rock legend David Bowie and sharing his dad’s quiet, breathy rasp of a voice, Jakob proves that talent runs in the Dylan family tree as he fearlessly takes on Bowie’s 1977 classic “Heroes” during a live performance in 1998, alternating between quietly sung verses and fierce, powerful declarations of Bowie’s promise that we could be heroes.

A lifelong fan of British rock and all of the best and brightest it’s had to offer us over the last century, Jakob’s take on “Heroes” is remarkably faithful to the original while still leaving plenty of room for the 46-year-old singer-songwriter to leave his own mark and by extension, his father’s mark behind and deliver a live performance that we’re pretty sure Bowie himself would have approved of!