In One Of His Final TV Appearances, Jim Croce Dazzles With “Bad, Bad Leroy Brown” 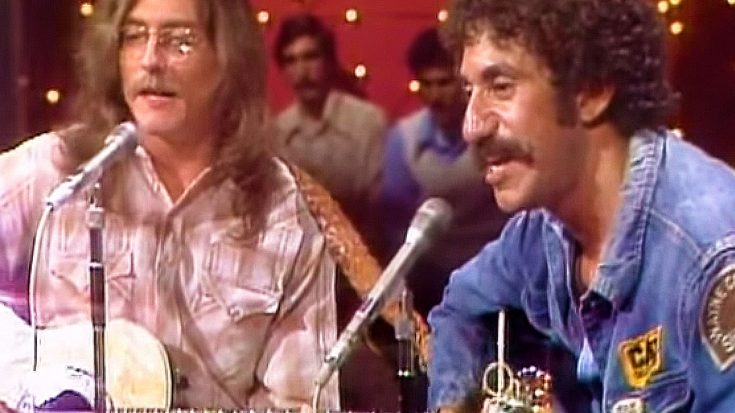 Just 30 years old when a plane crash claimed his life, critically acclaimed singer-songwriter Jim Croce was on target for the biggest year of his career, having spent that summer and the previous year appearing on late night television shows, at one point being asked to co-host the newly launched Midnight Special in June of 1973.

Bringing along accompanist and friend Maury Muehleisen, Jim dazzled the audience at Midnight Special for what was to be the first and only time with a rowdy acoustic set that included “You Don’t Mess Around With Jim” and our personal favorite, “Bad, Bad Leroy Brown” with an energy that looking back more than 40 years later still makes it nigh impossible to imagine that less than 12 weeks later, Jim would be gone forever.

“Leroy Brown is a guy that he actually met. In fact, we’ve had many Leroy Browns come into Croce’s. I have a lot of staff members that come up to me and say, “There’s a guy named Leroy Brown, he kind of looks like the part. And he’s sitting at our bar right now.” I say, “Well, I’ll be glad to come over and say hi.” But there’s so many Leroy Browns who have come up to me and said, “I’m sure I’m the one he was talking about.” But he had met a guy when he was in the service – again, National Guard – and this guy had gone AWOL. He was a guy that Jim kind of related to, he liked to sing with him. But this guy had gone AWOL but he came back to get his paycheck.” – Ingrid Croce

So great was Jim’s ability to entertain and enthrall any crowd he stood before that the entire audience wasn’t just seated – they actually sat on the floor cross legged like school children, alternately clapping along in time with “Bad, Bad Leroy Brown” and staring at Jim and Maury, absolutely amazed at his ability to spin a story that could make you want to laugh, cry, and dance all at once.

We’re still just as amazed as ever by Jim’s skill as a musician and entertainer, and after checking this video out, we’re sure you will be too. Enjoy!