Bob Dylan’s Twitter Got Hacked—You Have To See These Obscene Tweets! 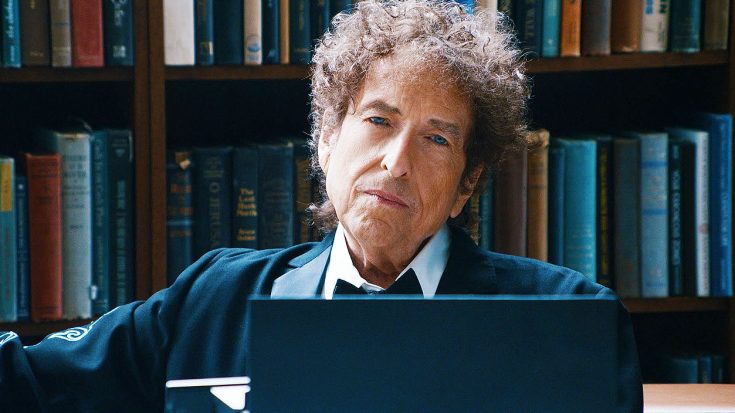 2016 has been a pretty rough year with all of the celebrity deaths that have occurred. This year we have lost names like David Bowie, Prince, Leonard Cohen, Greg Lake, George Michael, Carrie Fisher, Muhammed Ali, Gene Wilder, Alan Rickman and, unfortunately, so many more. It’s come to a point where we just can’t take it anymore.

Over the weekend, Bob Dylan’s twitter account tweeted out some terrible, false information regarding another celebrity. Luckily it was discovered that his account was in fact hacked, and coincided with a few other accounts that were hacked as well. Dylan’s account tweeted out false news regarding the “death” of 90’s pop icon Brittany Spears. In addition to Dylan’s account, Sony Music Global’s Twitter was also hacked and tweeted out similar false information regarding Spears.

The hack was reportedly done by a group called OurMine who has hacked other Twitter accounts, like Netflix and Marvel, in the past. The issue was resolved and all of the tweets were deleted, however, we have screenshots of them down below for your viewing! 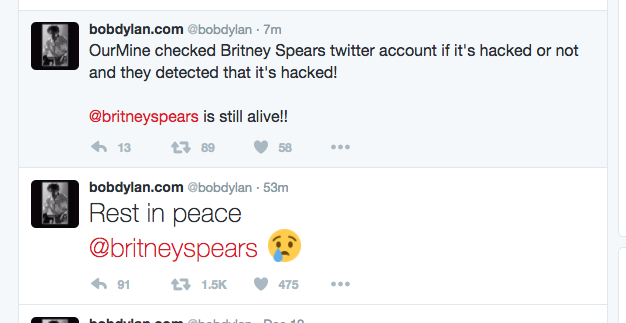 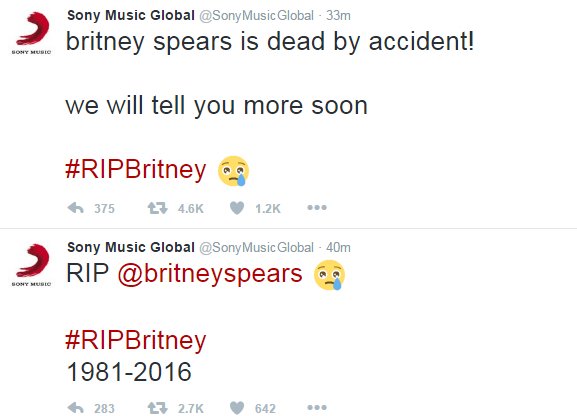 We’re glad the issue was resolved, because these are pretty senseless!