Bob Dylan’s Original Lyrics Of “The Times They Are A-Changin'” Has A $2.2M Price Tag 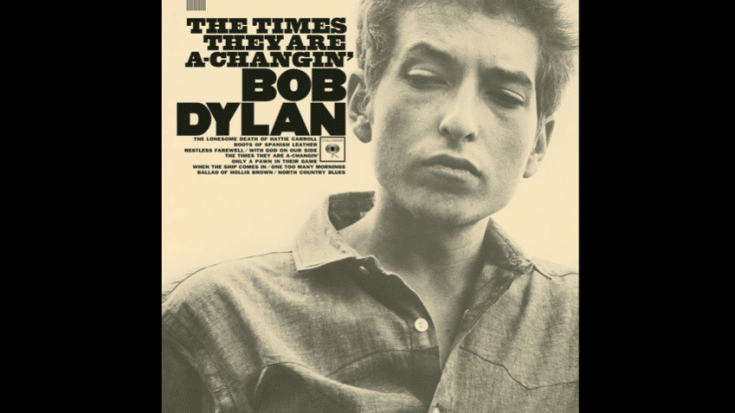 Other Lyrics Sheets Are Also On Sale

The original working manuscript to Bob Dylan’s classic track “The Times They Are A-Changin'” is up for sale with a whopping starting price of $2.2 million. It’s not the only one, too. The lyrics sheet to “Subterranean Homesick Blues” is at $1.2 million and “Lady Lay Lay” at $650,000.

Memorabilia company Moments in Time from Los Angeles offers lifetime guarantee of authenticity “without time limitations, for full refund of purchase price.” Moments in Time owner Gary Zimet told Reuters, “They are not quite as important, as iconic. ‘Subterranean Homesick Blues’ is certainly a major, major song but not in the same league as ‘The Times They Are a-Changin’.”

According to celebrity gossip site TMZ, the handwritten lyrics were from an anonymous private collector who purchased them from Dylan’s manager Jeff Rosen a few years back.

“The Times They Are a-Changin'” is the title track to Dylan’s 1964 album. Dylan wrote it as an attempt to create an anthem. He told Cameron Crowe in 1985, “This was definitely a song with a purpose. It was influenced of course by the Irish and Scottish ballads …’Come All Ye Bold Highway Men’, ‘Come All Ye Tender Hearted Maidens’. I wanted to write a big song, with short concise verses that piled up on each other in a hypnotic way. The civil rights movement and the folk music movement were pretty close for a while and allied together at that time.”