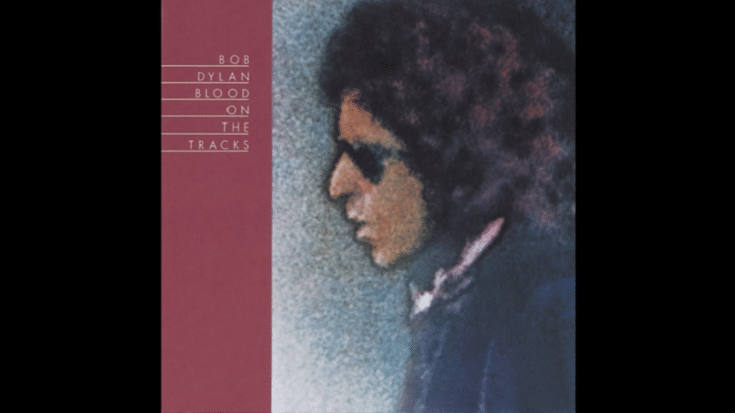 One Of His Finest Works

Bob Dylan was on a roll in the 1960s. His transition from a folk icon to a full-fledged rockstar was nothing short of spectacular. But by the early 1970s, his records weren’t as stunning. That is, until he dropped “Blood on the Tracks” on January 20, 1975. At the time, his marriage was crumbling and he tapped into his emotions to create some of the most poignant and revealing songs he’s ever released.

“Blood on the Tracks” dominated the US Billboard 200 and peaked at #4 on the UK Albums Chart. It was certified 2x platinum by the RIAA and has since been widely recognized as one of his greatest albums. Here are five songs that summarize this LP:

In between the recording sessions, Dylan reworked its lyrics. Although he has denied that this has anything to do with his marriage with then-wife Sara, the speculations still continued. He said, “That was a song I wanted to make as a painting. A lot of people thought that song, that album Blood On The Tracks, pertained to me. Because it seemed to at the time. It didn’t pertain to me. It was just a concept of putting in images that defy time – yesterday, today, and tomorrow.”

The song is about a lost love – the narrator is clearly hurt but there’s no longer any bitterness. You can easily hear the raw emotion in Dylan’s voice and no matter what he says, it does feel it has something to do with Sara.

3. “Shelter from the Storm”

Although artists like Joan Baez, and The Jerry Garcia Band did justice to the song, no cover ever came close to rivaling the original version. Like every other track on the LP, there’s a rawness and intimacy to it that just gets to you.

One of his greatest compositions, The Telegraph described it as “The most dazzling lyric ever written.” Dylan said in 1978, “What’s different about it is that there’s a code in the lyrics, and there’s also no sense of time. There’s no respect for it. You’ve got yesterday, today, and tomorrow all in the same room, and there’s very little you can’t imagine not happening.”