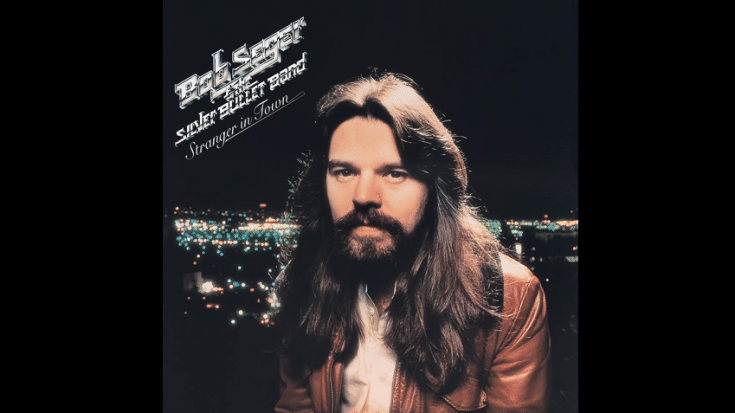 Bob Seger released his tenth studio album, second with the Silver Bullet Band, titled “Stranger in Town” on May 5, 1978 via Capitol Records. The Muscle Shoals Rhythm Section backed around half of the songs, just like in Seger’s previous LP “Night Moves.”

In a 1978 interview with Rolling Stone, Seger said: “There’s definitely a dark tension, I think, behind a lot of my stuff. There was a definite…hopelessness of abject poverty that has always crept into everything I’ve ever done. There’s a little bit of desperation — just a little bit. Because I’ve been there, I’ve been broke. I used to think, it’s funny, but I used to think that the most frightening thing was to ever blow it and have to go back to it. But now that I’m pretty well set for life, I’m not so frightened anymore.”

It took a while before Bob Seger broke into mainstream and so it comes as no surprise that “Stranger in Town” used the same formula as its predecessor.