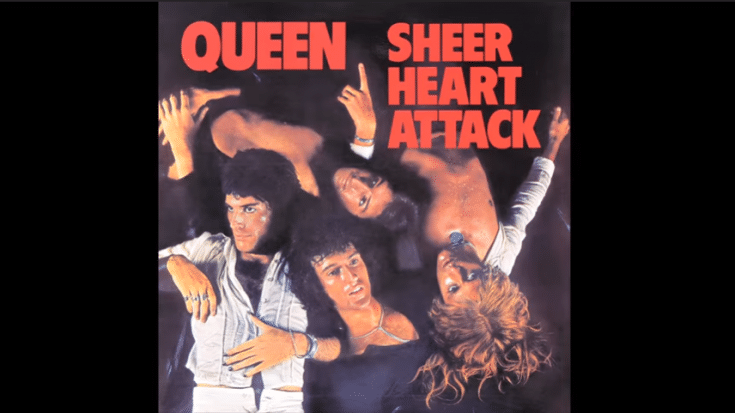 Hot on the heels of Queen II, Sheer Heart Attack was a departure from their previous progressive themes. They found their sound and style and while it wouldn’t be until 1975’s A Night at the Opera when they would finally refine and perfect it, they laid down the foundation with Sheer Heart Attack. From lyrics to arrangement to musicianship, it showcased the band’s genius.

Even if they were leaning towards pop rock, none of it seems forced or pretentious. Overall, it’s a tour de force that became their jumping-off point before they churned out their next two LPs which are musical masterpieces. Considering there were some difficulties during recording (guitarist Brian May contracted hepatitis and had to be hospitalized), they still pushed on. And though he wasn’t in top form, May still delivered the goods and so much more.

Sheer Heart Attack is diverse and the songs are done in a variety of styles. From soulful ballads to speed metal numbers, there’s no weak moment to be found here. You can tell by the energy and vibrancy that the band was slowly getting to the peak of their creative powers.

The key tracks are Brighton Rock, Killer Queen, and Stone Cold Crazy. But that’s not to say the other songs aren’t as memorable and stunning.

Brian May actually wrote this during the sessions for Queen II. It perfectly kicks off the LP and May takes it to the next level with a face-melting solo. May admitted he’s proud of this song and for good reason, it’s one of his finest moments as a guitarist.

It became Queen’s first international hit. Freddie Mercury wrote the lyrics before he worked on the melody and music which is quite unusual for him. It’s a catchy tune and definitely memorable. It’s one of their classics that have stood the test of time. May even referred to it as a “perfect pop record” and we couldn’t agree more. It was released almost five decades ago and yet it doesn’t sound dated at all.

Speaking of songs that still hold up well, Stone Cold Crazy proved that Queen was way ahead of their time. Even before thrash metal was a thing, they already churned out a song that would influence countless other musicians. The heavy distortion, riffing, and fast tempo – Queen was always setting the trend.

All in all, Sheer Heart Attack remains an important album in Queen’s catalog. It showed the band ready to take on the world.