Bluegrass Style Cover Of The Eagles’ “Take It Easy” 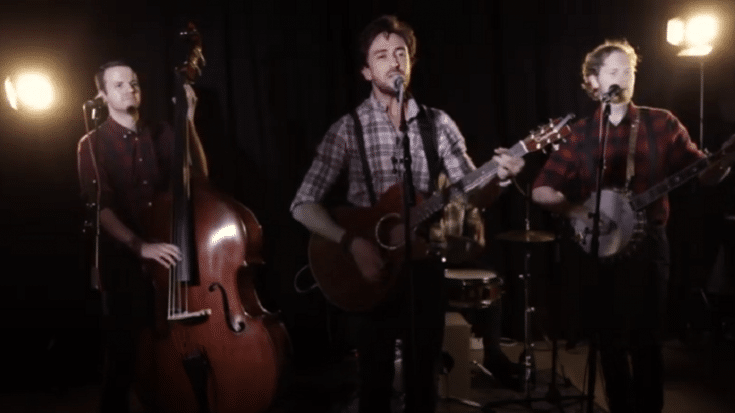 One of The Eagles’ signature songs, “Take It Easy” was written by Jackson Browne and Glenn Frey. It’s their first single and the opening track on their debut album. Browne started working on it but was having difficulty  finishing the song. Fortunately, his friend Glenn Frey lived in the same apartment building. The latter helped Browne complete “Take It Easy” and both were pleased with the result.

Browne explained, “It wasn’t finished, and he kept after me to finish it, and finally offered to finish it himself. And after a couple of times when I declined to have him finish my song, I said, ‘all right.’ I finally thought, ‘This is ridiculous. Go ahead and finish it. Do it.’ And he finished it in spectacular fashion. And, what’s more, arranged it in a way that was far superior to what I had written.”

The Eagles played the song live several times before going into the studio to record it. Although it only peaked at #12 on the US Billboard Hot 100, it stayed on the chart for 11 weeks and it became one of the band’s best-known songs.

Check out a refreshing and unique take on this classic in Bluegrass style. Watch it below.