Celebrate Billy Idol’s 60th Birthday With The Song That Started It All, “Rebel Yell” 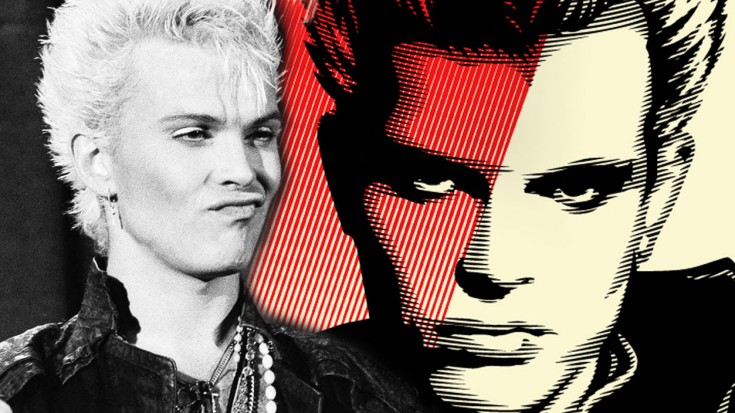 One of his most energetic singles, ‘Rebel Yell’ by Billy Idol actually fell shy of hitting the Top 40 upon initial release but remains one of his most enduring and popular hits. Rightfully so – this fist pumping anthem of the early 80’s is enough to make anyone want to sing along, especially during that iconic chorus!

Billy Idol says that ‘Rebel Yell’ came about during Mick Jagger’s birthday party and a bottle of Rebel Yell whiskey being consumed by the boys in the Rolling Stones.

This is a pretty iconic song, having been covered by countless bands since the song’s release in 1984. The iconic children’s show Sesame Street even covered it with ‘Rebel L’, a rendition meant to teach kids the alphabet.

‘Rebel Yell’ is an anthem designed to shake you out of your bad mood and get you dancing and having a great time.

No wonder it’s such a crowd favorite that Billy still plays live at every show!