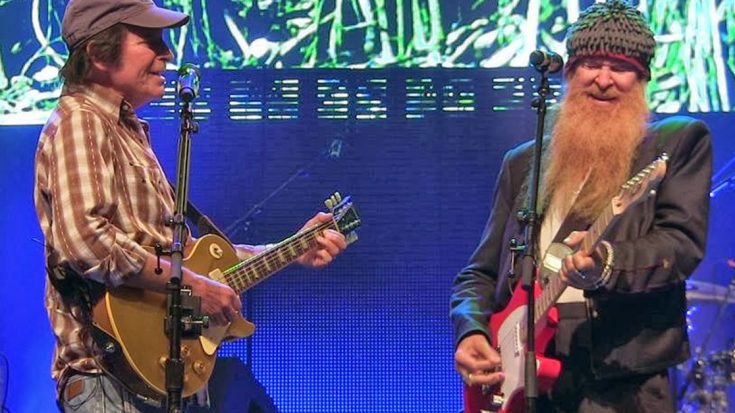 When John Fogerty of Creedence Clearwater Revival announced that he’d be joined by a “special guest”, fans had no clue who it could be; Bruce Springsteen? Dave Grohl? They were in for a treat, however, when John introduced his good friend Billy Gibbons of ZZ Top – the king of Texas blues rock. If you ever wondered how ‘Sharp Dressed Man’ would sound with John Fogerty sharing vocal duties with Billy, now’s your chance – it’s absolutely amazing!

Fun Fact: ZZ Top admit to not being good looking, so they love to include supermodels and hotrods in all of their music videos. The band just ‘drops in’ from time to time to let their fans know it’s them.

The definite highlight of this surprise performance is the guitar duel that takes place between John and Billy. Billy kicks off a blistering guitar solo before signaling to John to continue on, and if you weren’t sure of John’s guitar skills before, then this’ll make you a believer.

These two look and behave more like old college buddies jamming together than two of the biggest musical icons in the world, and somehow that makes this surprise performance even more special – you won’t want to miss this!