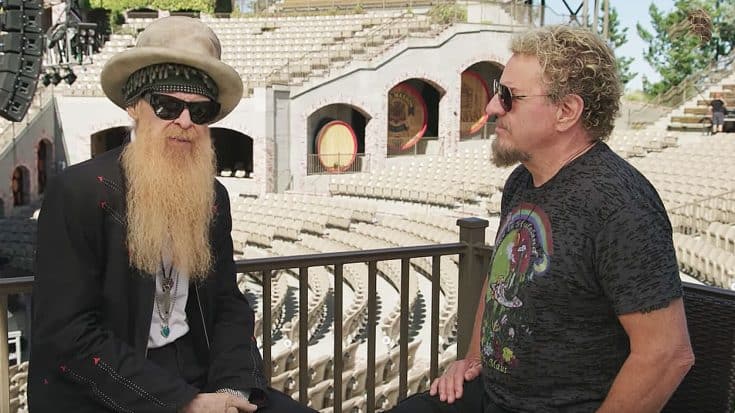 Legends Having A Chat!

It’s no secret that Sammy Hagar is greatly influenced by Billy Gibbons. After all, what rock star isn’t? Billy Gibbons is truly one of the most iconic and influential musicians in all of music, and that’s not even an exaggeration. His music and songwriting ability alongside his counterparts in ZZ Top are the stuff of legend. He is one of the best, pure and simple.

What are so great about him being this influential are the legendary rock stars he has unintentionally created over the years, one of them being the legendary Sammy Hagar. And what’s more is the fact they met up and talked about their ultimate influences.

What you’re about to watch is a video in which the two legends sit down together and talk about the ‘ultimate blues guys’. When Billy Gibbons give his answer, Sammy Hagar can’t help but smile. Don’t believe me? See for yourself!