Guys Play Eddie Van Halen’s ‘Beat It’ Solo On Bottles, And The Result Is Phenomenal! 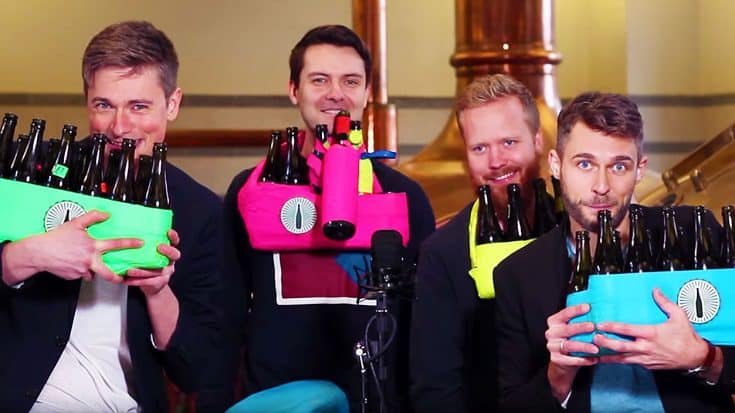 The great thing about music, is that it can be created with almost anything! Take the Broadway show STOMP. STOMP utilizes trashcans, pots, pans, barrels and other common items, and turn them into musical instruments.

These guys, known as the Bottle Boys took a little inspiration from STOMP, and created their own version of a household item instrument, by using bottles to play Michael Jackson’s “Beat It.” Even though the song is technically a pop song, the iconic solo is played by none other than guitar Eddie Van Halen himself! The Bottle Boys didn’t even leave out Van Halen’s ridiculous and hypnotizing solo in their amazing cover!

Fun Fact: Eddie Van Halen played the guitar solo. He did it as a favor for the song’s producer Quincy Jones and was not paid, unless you count the two six-packs of beer Jones brought into the studio for Eddie. Eddie connected to Quincy through Ted Templeman, who was Van Halen’s producer and friends with Jones.