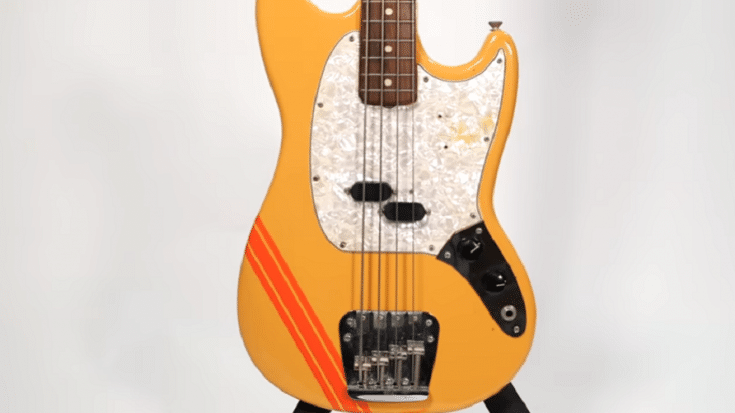 Quite A Price For His Archival Items

The Rolling Stones bassist Bill Wyman has broken multiple records with his collection including most expensive bass and amp sold at an auction. This was at Julien’s Auctions which took place from September 11 to 13 and it featured over a thousand items from Wyman’s archive. Aside from instruments and gear, there were awards, stage-worn costumes, and other lots collected throughout his career as a solo artist and his time with the band.

But the star of the show was his 1969 Fender Mustang bass with a Competition Orange finish that sold for $384,000. He used it during the recording sessions between 1969 and 1970. The record was previously held by the left-handed Hofner bass presented to Paul McCartney in 1964 which fetched for $204,000 in 2013.

Another record-breaking item was Wyman’s 1962 Vox AC30 Normal model amplifier which sold for $106,250 – shattering the previous record of David Gilmour’s two amplifiers which sold for $77,000 in 2019.

And that’s not all. Another item that stole the spotlight is a yellow toilet seat cover that featured The Rolling Stones’ iconic tongue logo. It fetched for $1,142 making it the most expensive toilet seat cover sold at auction.

Part of the proceeds will be donated to The Prince’s Trust, Macmillan Cancer Support and the Central Caribbean Marine Institute.

A new world record price for a toilet seat cover?