Who REALLY Belongs In “The Big 4” Of Thrash Metal? 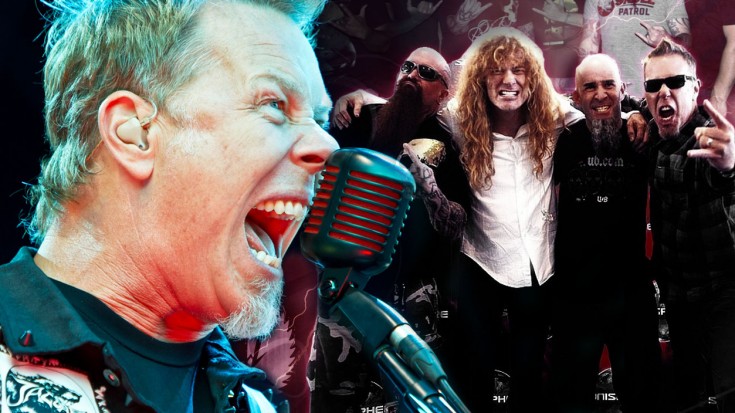 When the Big 4 of thrash metal united in 2010 for their show in Sofia, Bulgaria for one of the biggest nights in metal history, it kind of left thrash metal fans scratching our heads. Where were the actual thrash bands like Exodus? I mean, sure – bands like Metallica, Anthrax, Megadeth and Slayer are bands that have stood the test of time and the successes and contributions of each band are most definitely worth noting.

However, as legendary as the Big 4 roster was, it was missing a few bands that rightfully should have been there for such a momentous occasion.

Exodus Explains: “The Big One And The Other Three”

Exodus frontman Steve “Zetro” Souza says, “I think what happened was they took the four bands who were probably the most successful in the initial period of thrash metal — from ’84 to ’90. If you were to go off popularity or record sales, you would have to say Anthrax, Metallica, Slayer, and Megadeth.”

Still, it stings a little! I mean, if we’re talking thrash, then why weren’t Exodus, Overkill, and Testament included in the lineup? I get it, I get it – “The Big 7” doesn’t really have the same ring to it as “The Big 4”, but it’s fairly impossible to even broach the topic of thrash metal without including the founding fathers.

What bands do you think should have been added (or taken away!)?