Beatles’ “Get Back” Film Wins 5 Emmys 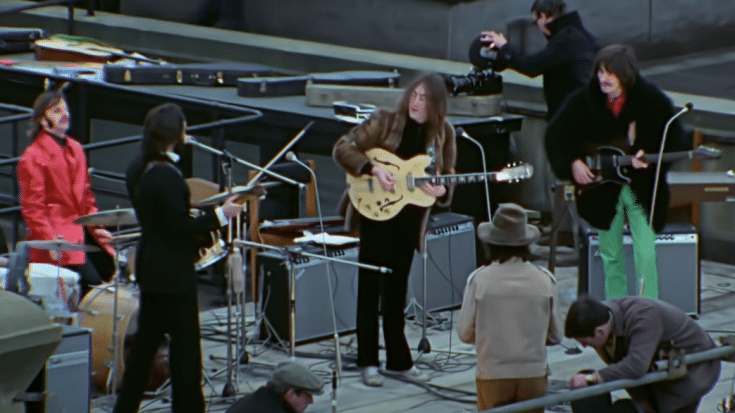 The Beatles: Get Back was released in November last year and has reached critical success and won five Emmy Awards at a ceremony held in Los Angeles on Sept. 3.

The nearly eight-hour documentary series have earned five Emmy nominations, including two for the Sound Mixing category, and they’ve won all of them. Paul McCartney and Ringo Starr were named with director Peter Jackson as recipients of the Outstanding Documentary or Nonfiction Series award, alongside fellow producers Yoko Ono, Olivia Harrison, Clare Olssen and Jonathan Clyde.

Jackson also won Outstanding Directing for a Documentary or Nonfiction Program, and the production won for picture editing, sound editing and sound mixing. Get Back premiered on Disney+ and featured footages intended for the band’s 1970 film Let It Be, which was directed by Michael Lindsay-Hogg. Jackson said in his acceptance speech at the ceremony (via Deadline):

“I’d just like to thank everyone who worked on this film, especially our family back home and our second family in London at Apple Corps.

“[A] big shout out to the Beatles. Thank you so much for the over 60 years of your positive, exuberant, joyous… Your music is so profound and I think it’s actually embedded in our DNA.”

When he accepted his director’s award, Jackson reflected that he’s been “an eight year old in New Zealand, a Boy Scout wearing short pants” when Lindsay-Hogg was making Let It Be. He added:

“[A]nd for reasons I don’t quite understand, 50 years later the Beatles entrusted me to take the footage and make a film.

“But to be a tiny part of the Beatles’ story was a dream come true for that eight-year-old kid.”

In July, Jackson said he has a new idea for another Beatles film. He told Deadline that time:

“I’m talking to the Beatles about another project, something very, very different than Get Back.

“We’re seeing what the possibilities are, but it’s another project with them. It’s not really a documentary … and that’s all I can really say.”