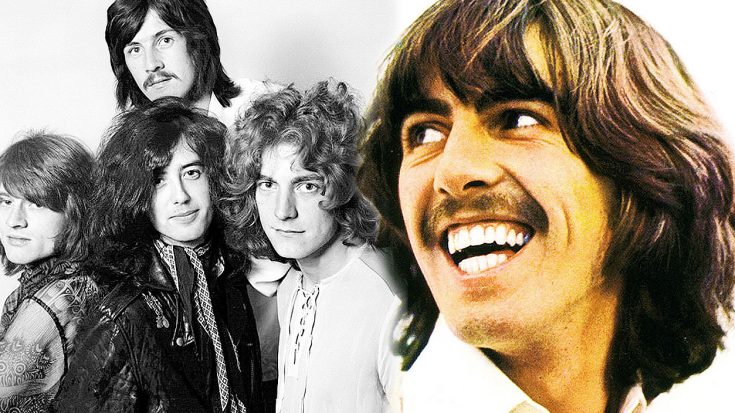 In 1968, a new quartet of musicians joined together in England and became known as one of the greatest rock bands ever to walk this earth. That band, was Led Zeppelin. The band consisted of members from another popular bands called the Yardbirds, and immediately jumped onto the scene as one of the most iconic rock bands.

Before Led Zeppelin, another British four member band was ruling the music world. That band, was The Beatles. In 1968, The Beatles were enjoying the success of their album The Beatles (also known as The White Album), and were in the midst of recording their 1969 album Yellow Submarine. During the recording, a member in the studio decided to play the first Led Zeppelin album for guitarist George Harrison. It was the first time Harrison heard the band.

In the video, you can hear the unidentified person in the studio describing to George who Led Zeppelin is. He tells George about each member and describes how they are so talented! The man gushes over John Bonham’s talent and says John Paul Jones is the “governor of bass players.” George recognizes Jimmy Page’s name from the Yardbirds, and talks about how amazing of a guitar player he is.

It’s a pretty awesome moment that you really have to hear for yourself! Check it out down below!