The Beatles’ Famed ‘Abbey Road’ Photo Features World’s Greatest Photobomb – But Did You Ever Spot It? 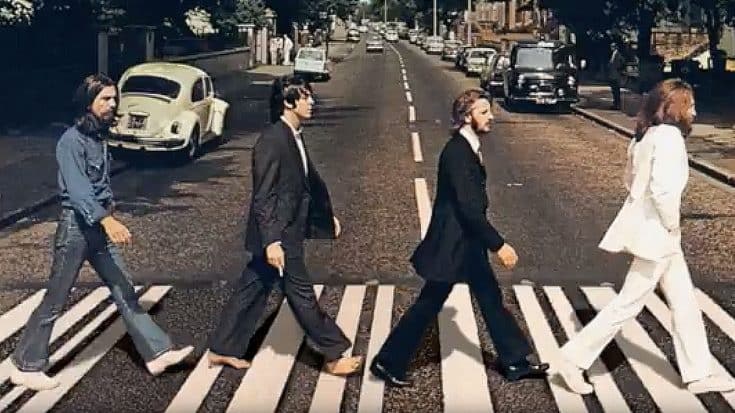 Can You Believe It Went Unnoticed For That Long?

If ever there was an award for World’s Greatest Photobomb, it would go to accidental late legend Paul Cole.

Cole, who died in 2008 at the age of 98, went decades without realizing he’d accidentally become part of history after photobombing The Beatles’ now iconic Abbey Road cover shoot in 1969. He was the only other person in the photo besides John, Paul, George, and Ringo – the result of standing outside a local museum, waiting for his wife.

“‘I’ve seen enough museums. I’ll just stay out here and see what’s going on outside,'” he recalled telling her.

“I like to just start talking with people. I walked out, and that cop was sitting there in that police car. I just started carrying on a conversation with him. … I just happened to look up, and I saw those guys walking across the street like a line of ducks.”

“A Bunch Of Kooks”

Paul Cole didn’t recognize the boys as The Beatles. He only noticed Paul McCartney’s bare feet and immediately wrote the group off as “a bunch of kooks,” because “they were rather radical-looking at that time. You didn’t walk around in London barefoot.”

Mrs. Cole To The Rescue

Ironically it was Cole’s wife, who was in a nearby museum during the photo shoot, who shed light on what he’d accidentally stumbled into. According to Paul, she bought a copy of Abbey Road and he was shocked to immediately recognize himself standing at the far top right corner of the album cover, dressed smartly in the new sports jacket and shell-rimmed glasses he’d purchased for the trip.

He told The Mirror, “I saw the album and I recognized myself right away. I had a new sports jacket on and I’d just bought new shell-rimmed glasses.”

But not everyone was convinced that it was Cole, tracked down by reporters several years later. His children proved to be the most skeptical audience of all, calling shenanigans on their old man’s claim that he’d pulled off the world’s greatest photobomb.

“I had to convince the kids that that was me for a while,” he laughed. “I told them, ‘Get the magnifying glass out.'”

Eventually, they came around. Sure, their dad wasn’t a rockstar as big as The Beatles, but he got the next best thing: being part of rock and roll history, even if it was a little accidental!