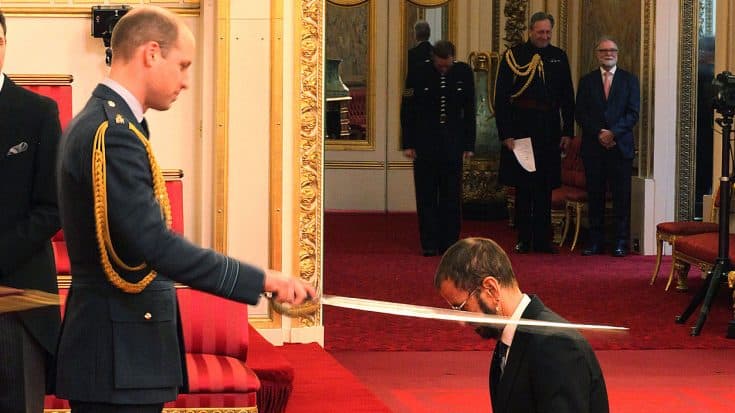 Legendary drummer Ringo Starr is more than deserving of every award he’s ever gotten. His contributions to music as we know it are simply unparalleled and even today he is fighting the good fight for young, up and coming musicians. And even with all of these accolades, Ringo Starr has just received one more that is without a doubt the most prestigious honor that any rock star could ever receive.

Just three months ago, it was announced that Ringo Starr would receive his knighthood from Prince William, the Duke of Cambridge. That ceremony took place earlier today at Buckingham Palace. When speaking to BBC, he said, “It means a lot, actually. It means recognition for the things we’ve done, musically and in life. So I was really pleased to accept this award.”

If you ask me, while Ringo deserved this award long before today, it’s still good to see him be honored in this way. Congrats, Sir Richard Starkey!