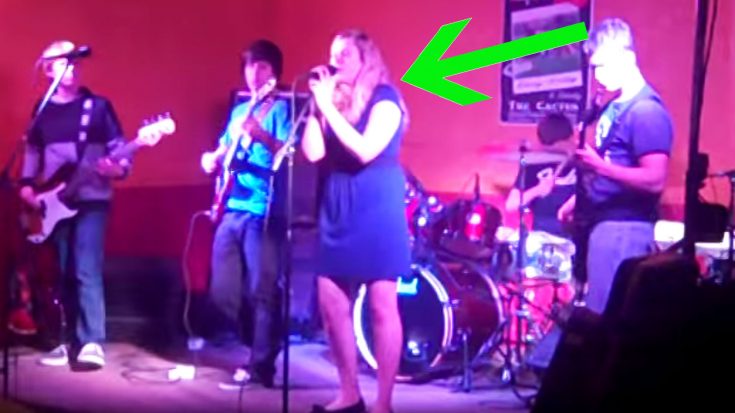 Bar bands can be either really good, or pretty terrible. There’s never a middle ground when it comes to bands that play late night in a bar for a bunch of drunk people. Usually bar bands will cover songs that are way out of their league, and most of the time embarrass themselves. But for this band in Yorktown, Virginia, embarrassment was not the case!

An unknown band hopped up on stage and absolutley killed a phenomenal cover of Led Zeppelin’s “Kashmir.” Everything about this cover is flawless! The drums do an incredible job of driving the song, just like John Bonham originally recorded them. The bass matches up beautifully with the drums, and the guitar is so melodic and sounds epic! But the member who stands out among the rest, is the lead singer. Her voice is so perfect for this song, and if you close your eyes, you’re pretty much hearing Robert Plant!

Fun Fact:All band members agreed this was one of their best musical achievements. Robert Plant said it was “One of my favorites… it was so positive, lyrically.” Jimmy Page has answered the question “What is the greatest Zeppelin riff of all” by citing this song.

Check out the incredible cover for yourself down below, and let us know what you think!