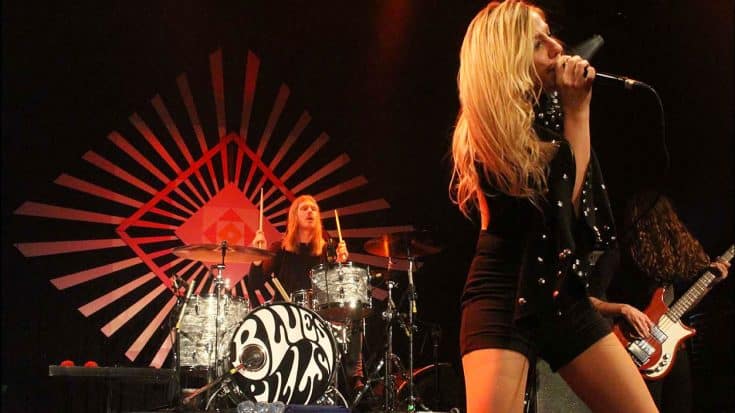 If you’re anything like us, you’ve been wondering just where the hell good old fashioned rock and roll has been hiding lately. Not this watered down, overproduced stuff designed to make mediocre bands sound good – I’m talking about the gritty, salt of the earth rock and roll that spawned Jefferson Airplane, Janis Joplin, Led Zeppelin and so many others like them.

The good news is that it still exists, alive and well and selling out packed venues across Europe and it’s bands like Sweden’s female fronted psychedelic blues rock act Blues Pills that are leading the charge; seen here performing at Siegburg, Germany’s Kubana Live Club, Blues Pills channel the spirit of 60s psychedelia with an impossibly smooth cover of Jefferson Airplane’s “Somebody To Love,” singer Elin Larsson fearlessly commanding the stage with a power that would have fit in beautifully at Woodstock a lifetime ago.

Fun Fact: “Somebody To Love” was written by Grace Slick’s brother-in-law, Darby.

Guitarist Dorian Sorriaux, with his fuzzy guitar tone and wailing solos, complements Larsson’s voice beautifully and helps to sell Blues Pills’ authenticity as a true blue rock and roll band for the ages. Check out their cover of “Somebody To Love” – it’s not everyday that you come across a band so young that knows what rock and roll music is all about, and Blues Pills absolutely just get it. Enjoy!