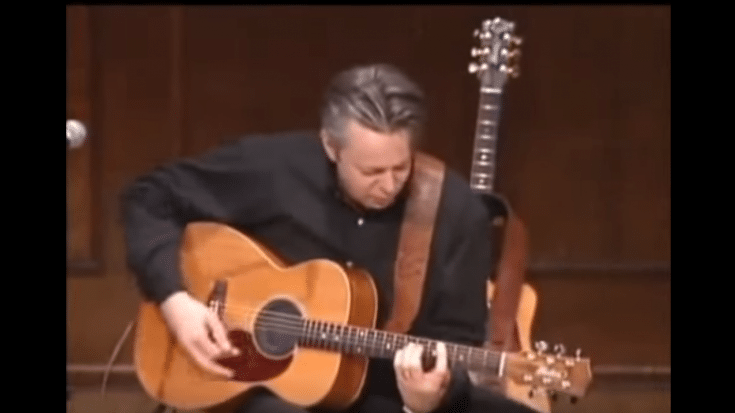 The Master At Work

Just how amazing is Tommy Emmanuel? Ladies and gentlemen, this is how you show off your axe skills. And if anything, it made me want to trade my guitar for a xylophone or harmonica, maybe. But to be honest, I could probably reach this level of guitar-playing if I had three lifetimes and then be this good on the third one. Lol. Seriously though, aren’t we all glad we existed the same time as this legend?

Fun Fact: One of his musical influences at a young age was the style of musician Chet Atkins which is also known as ‘Travis Picking.’ They even collaborated on an album together called “The Day Finger Pickers Took Over the World” released on March 11, 1997.

Tommy Emmanuel is a guitar genius – that pretty much we can all agree on. It’s like, what’s the point of playing a guitar if I can never be half as good as him? Still though, he always blows me away with his performances. He is just beyond awesome.