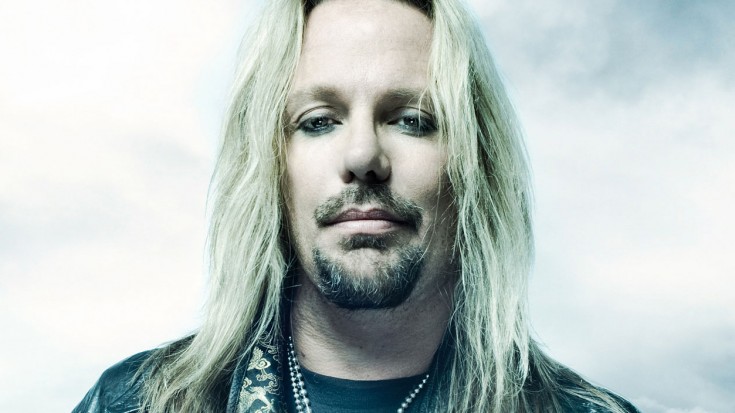 Wow – looks like there’s trouble in paradise! Three months after he was arrested for attacking a fan seeking an autograph, Mötley Crüe frontman Vince Neil has officially been charged with misdemeanor battery – and it doesn’t look good. The 55-year-old rocker went off on an autograph seeker on April 8th in Las Vegas, grabbing the woman by the hair and pulling her to the ground and while Vince claims that he merely “shoved past” her, surveillance footage actually shows him manhandling the woman and as a result he faces up to 6 months in jail if convicted.

As if the altercation couldn’t get any worse, Vince was filmed just moments later in footage provided by TMZ getting into a heated brawl with friend Nicolas Cage after leaving the Aria hotel, presumably over his behavior inside the hotel. Thankfully, no one was seriously hurt that day – but what a scary day for the fan and a disappointing turn in what should be the next chapter of Vince’s life!