1 BIZARRE Fact Not Even Hardcore Pink Floyd Fans Will Know 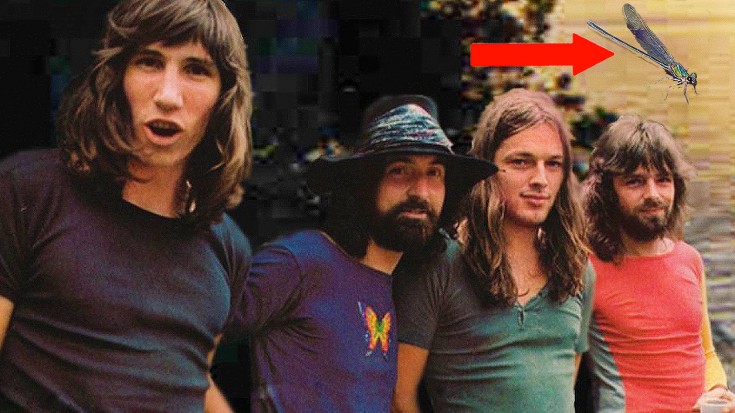 Pink Floyd have officially become one with nature

The legendary British psychedelic rock band Pink Floyd have once again made it onto another “Top-10” list. However, this is probably the most unusual list the band will ever appear on. According to State University of New York’s College of the Environmental Science and Forestry, an insect named after Pink Floyd’s fourth studio album Ummagumma (1969) snagged the #10 spot on the organization’s ‘Top-10 New Species’ list. The insect, known as the “sparklewing,” is a damselfly that was one of 60 dragonfly and damselfly discovered in Africa in 2016.

The sparklewing, which was discovered in the Haut-Ogooue Province of Gadonand, belongs to the Calopterygidae family. The family belongs to the genus “Umma,” and the species was given the name “gumma” to complete the scientific name Umma gumma. As you can see the dragonfly is an emerald green color, and has a polished look to it. A perfect look for an insect named after Pink Floyd.

The inspiration behind the etymology of the insect actually derives from an author. The author told his expedition partner to promise that if he would ever discover a new “Umma” species, he would name it “gumma,” after the Pink Floyd album. The album title Ummagumma is claimed to have come from a Cambridge slang word for sex, and was commonly used by Pink Floyd roadie Iain “Emo” Moore. The 1969 Pink Floyd release was a half studio, and half live album.